Headlines
Redwan Rahman graduates from FilmdomThe local government minister has instructed to cut the road if necessary to remove the waterRequest to withdraw closure shop at night till EIDThe days of the Western monolithic world are over: PutinLeaders of Germany, France, and Italy in Kyiv to express solidarity‘Presidents of two countries call and pressurized Mbappé’Two U.S. citizens are thought to be missing or taken prisoner in UkraineCOVID: The technical committee suggested lifting some restrictionsPetrol prices hit record highs in the USCanada wants a stern warning against cigarettesThe task force to protect the mountains, demanded the formation of a speedy trial tribunalDepot fire: CID tries to find the cause on CCTVRussian passports are being issued in occupied UkraineFire on Parabat Express: Railroad to Sylhet is normal after 4 hoursAnother 24 children died in Mariupol, Ukraine said
Home Economy GDP growth could be 6.4 percent: World Bank
Facebook
Twitter
WhatsApp
Print 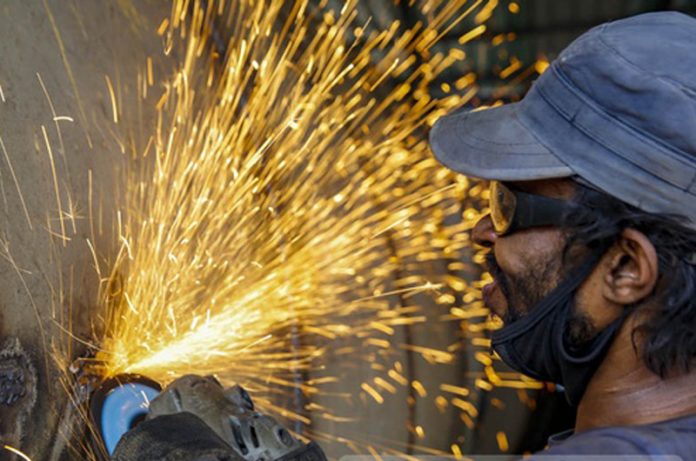 News Desk: The World Bank estimates that Bangladesh’s gross domestic product (GDP) could grow by 7.4 percent in the current 2021-22 fiscal year as exports and consumption costs begin to rise in response to the epidemic.

The World Bank’s semi-annual report released on Thursday estimated Bangladesh’s GDP growth at 5 percent in the 2020-21 fiscal year, although the Bangladesh Bureau of Statistics estimates it at 5.48 percent.

The World Bank says that if the current pace of economic recovery continues, Bangladesh’s GDP growth could increase to 7.9 percent in the next 2022-23 fiscal year.

The report, titled ‘Shifting Gears: Digitization and Service Lead Development’, said that South Asia’s economic recovery is also in the process of increasing global demand for consumer goods and imposing area-based restrictions rather than expanding in the latest wave of coronavirus infections.

However, this pace of turning is not the same or sustainable in all countries. It will take a long time for most South Asian countries to return to pre-epidemic economic conditions.

The World Bank estimates that the region’s economy could grow by 6.1 percent in 2021 and 2022. However, this growth will not be equal across the country.

The economy of India, the largest country in the region, shrank by 7.3 percent in the 2020-21 fiscal year due to the epidemic. The World Bank estimates that growth could be 7.3 percent from that position with the benefit of government investment and incentives.

The Maldives was also hit hard by the epidemic, with its economy shrinking by 33.3 percent last year. According to the report, the Maldives is expected to grow by 22.3 percent this year due to reduced transit and increased tourism.

Compared to that, the pace of economic recovery of other countries in the region is much slower. Bhutan is projected to grow by 3.8 percent, Nepal by 3.9 percent, and Pakistan by 3.4 percent.

“The epidemic has had a huge impact on the region’s economy,” said Hartwig Schaefer, the World Bank’s vice president for South Asia. The recovery process is ongoing, but its success largely depends on the speed of vaccination, how to cope with the emergence of a new type of coronavirus and the pace of the global economy. ”

In the wake of the epidemic, Bangladesh’s gross domestic product (GDP) growth slowed to 3.51 percent in 2019-20, the lowest in three decades.

Although the government had set a target of 7.2 percent growth in the last fiscal year’s budget, it was revised to 7.1 percent as the epidemic situation became more complex. At the end of the financial year, it came down to 5.46 percent in August, according to the Bureau of Statistics estimates.

In the current fiscal year 2021-22, the government has set a target of 7.2 percent GDP growth. However, according to the Asian Development Bank-ADB, this growth could be 6.8 percent.