Headlines
Redwan Rahman graduates from FilmdomThe local government minister has instructed to cut the road if necessary to remove the waterRequest to withdraw closure shop at night till EIDThe days of the Western monolithic world are over: PutinLeaders of Germany, France, and Italy in Kyiv to express solidarity‘Presidents of two countries call and pressurized Mbappé’Two U.S. citizens are thought to be missing or taken prisoner in UkraineCOVID: The technical committee suggested lifting some restrictionsPetrol prices hit record highs in the USCanada wants a stern warning against cigarettesThe task force to protect the mountains, demanded the formation of a speedy trial tribunalDepot fire: CID tries to find the cause on CCTVRussian passports are being issued in occupied UkraineFire on Parabat Express: Railroad to Sylhet is normal after 4 hoursAnother 24 children died in Mariupol, Ukraine said
Home Headlines Germany is supplying anti-aircraft tanks to Ukraine in violation of the policy
Facebook
Twitter
WhatsApp
Print 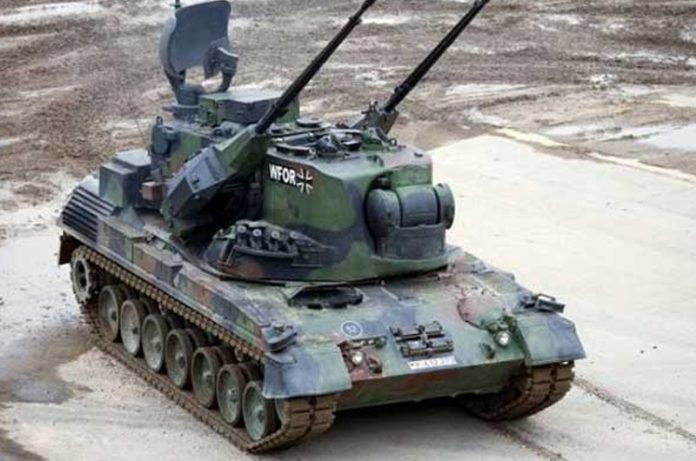 Md. Ashraful Islam: The German government has made major changes to its policy and is sending about 50 anti-aircraft tanks to Ukraine.

According to the BBC, Berlin made the decision following a meeting between the United States and its allies at a German airbase on providing more arms to Ukraine.

Germany has long pursued a policy of not sending heavy weapons to conflict zones. But recently, pressure has mounted on the German government to provide more assistance to Ukraine.

Ukraine is increasingly appealing to its international allies for more heavy weapons and ammunition to counter Russia’s aggression.

Although several countries, including the United States, have responded to the call for more assistance to Ukraine’s military, Germany has so far not hesitated.

Later, in the face of strong criticism at home and abroad, German Chancellor Olaf Schultz’s government promised a quick decision on providing heavy weapons to Ukraine.

The German defense minister said in a statement on Tuesday that “we will look into all possible ways to further support Ukraine in its courageous and important fight for independence and peace.”

Speaking at a high-level defense meeting of representatives of 40 countries at the airport in southwestern Germany, the German defense minister announced that Ukraine would be provided with anti-aircraft weapons as well as other measures.

In the German media, such an initiative by the government is being called a ‘U-turn’. That being said, Germany has tried to avoid harsh criticism from the governments of the United States, Europe, and especially Ukraine.