Headlines
Redwan Rahman graduates from FilmdomThe local government minister has instructed to cut the road if necessary to remove the waterRequest to withdraw closure shop at night till EIDThe days of the Western monolithic world are over: PutinLeaders of Germany, France, and Italy in Kyiv to express solidarity‘Presidents of two countries call and pressurized Mbappé’Two U.S. citizens are thought to be missing or taken prisoner in UkraineCOVID: The technical committee suggested lifting some restrictionsPetrol prices hit record highs in the USCanada wants a stern warning against cigarettesThe task force to protect the mountains, demanded the formation of a speedy trial tribunalDepot fire: CID tries to find the cause on CCTVRussian passports are being issued in occupied UkraineFire on Parabat Express: Railroad to Sylhet is normal after 4 hoursAnother 24 children died in Mariupol, Ukraine said
Home Headlines ‘Ghost of Kiev’ is not a real character, admittedly Ukrainian
Facebook
Twitter
WhatsApp
Print 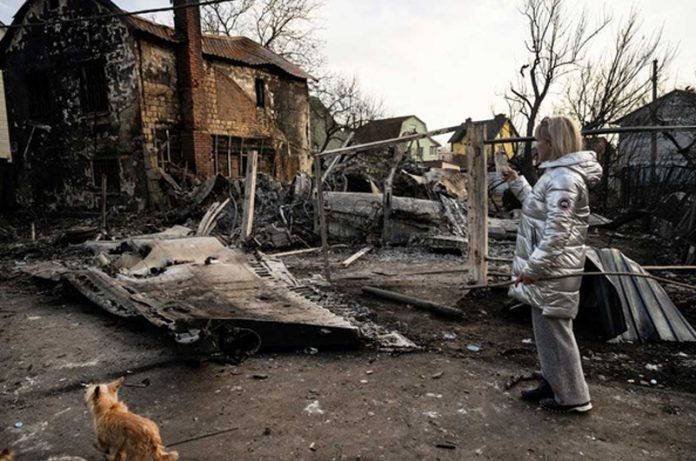 Md. Ashraful Islam: He shot down many Russian planes, survived many attacks, became a symbol of Ukraine’s effective air defense, and earned the title of “War Ghost of Kiev” or “Ghost of Kiev”.

Although this ‘Ghost of Kiev’ has become a real character in Ukrainian propaganda, it now appears that it is a myth or folklore.

The post reads, “Ghost of Kiev is a superhero-superhero character created by Ukrainians!”

The statement dispelled rumors that had been circulating for more than a month, that the Ukrainian authorities were, at one time, in the air.

Major Stepan Tarabalka, 29, who was killed in a plane crash in March, has been branded a “ghost of Kiev” by some Western news outlets.

Until now, this fictional character has been made almost credible as a real character in social media and tabloid publications in Ukraine and the Western world.

Ukraine’s propaganda in the information war against Russia became a success story of their war.

Just a day after the start of the Russian military operation, Ukrainian media began to report that a pilot of one of their MiG-29 fighter jets had shot down six enemy aircraft in just 30 hours.

Memes and fictional images with the hashtag ‘GhostObkieve’ then began to spread online and were viewed millions of times.

Even former Ukrainian President Petro Poroshenko, disillusioned with the campaign, tweeted a picture of the pilot, saying he was the ghost of Kiev and had “six victories against Russian pilots!”

But the picture he posted on Twitter, finally revealed, was a picture released in 2019 by Ukraine’s Defense Ministry.

The Ukrainian government was also involved in the campaign. On February 27, they posted a picture and story on Twitter, in which the unidentified pilot was dubbed “a nightmare for Russian warplanes.” The government posted a video praising the pilot, which included a video clip captured from a warplane simulator.

Around the same time, when the Ukrainian Ministry of Defense announced on Facebook that many retired pilots had rejoined the air force, they alluded to the story of the unidentified pilot, writing: Appeared. “

When word spread in early March that the “Ghost of Kiev” had been shot down, a former Ukrainian lawmaker preached that the pilot had survived, returned to his base and flew another fighter jet, and wounded another enemy aircraft.

He wrote on Facebook, “Ghosts are alive!” The Kiev Post claimed that the pilot had destroyed 49 aircraft.

Although some parts have expressed doubts about these stories, this knot continues to grow. Artists create non-fungible tokens or NFTs with aviator masks. Flair and images of the blue and gold ‘Ghost of Kiev’ are getting publicity online.

Last Friday, several publications identified the unidentified pilot as Major Tarabalka, who was posthumously awarded the title of “Hero of Ukraine” on March 13.

The Times of London also quoted the Ukrainians as saying that the pilot’s helmet and goggles would be auctioned off in London.

The next day, speculation about the “Ghost of Kiev” or “ghost of Kiev” was put to an end by the Air Force Command of the Ukrainian Armed Forces.

“Hero of Ukraine Stepan Tarabalka is not a ‘ghost of Kiev’ and he did not destroy 40 planes,” they wrote in a Facebook post.

Despite such statements, the Air Force is working to keep this ‘myth’ alive.

On Twitter, the Ukrainian Air Force said, “#GhostObkiev is alive. It embodies the spirit of the highly qualified pilots of the Tactical Aviation Brigade, who have successfully defended #Kiev and the region. “