Headlines
Redwan Rahman graduates from FilmdomThe local government minister has instructed to cut the road if necessary to remove the waterRequest to withdraw closure shop at night till EIDThe days of the Western monolithic world are over: PutinLeaders of Germany, France, and Italy in Kyiv to express solidarity‘Presidents of two countries call and pressurized Mbappé’Two U.S. citizens are thought to be missing or taken prisoner in UkraineCOVID: The technical committee suggested lifting some restrictionsPetrol prices hit record highs in the USCanada wants a stern warning against cigarettesThe task force to protect the mountains, demanded the formation of a speedy trial tribunalDepot fire: CID tries to find the cause on CCTVRussian passports are being issued in occupied UkraineFire on Parabat Express: Railroad to Sylhet is normal after 4 hoursAnother 24 children died in Mariupol, Ukraine said
Home More Agriculture Good days of AUS paddy are returning to Tangail
Facebook
Twitter
WhatsApp
Print 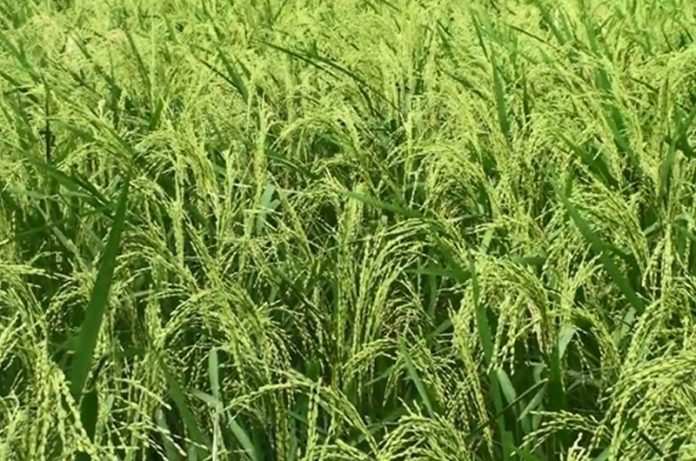 News Desk: The good days of aus paddy are returning to Tangail again. Ausher has been planted in 256 percent more land than the target in the district this time. Under the direction of the Minister of Agriculture, the Department of Agriculture is working to bring back the lost days of Aus. Farmers are claiming that the yield of paddy has also improved as there is no flood and the weather is favorable.

Before the ’80s, aus paddy was the main crop in Tangail and all over the country. Aman was in second place. At that time the mothers and sisters of the village used to be busy preparing those dishes after cutting the local varieties of aus paddy including Dharial, Hasikalmi, Pankhiraj, Cuttackara.

The taste of that rice cake, chira, murdi, khai, payes was different. However, after the ’60s, irrigation dependent boro cultivation started. Due to the growing population, people tend to cultivate more productive irrigation dependent boro paddy to provide food to more people. As a result, the cultivation of aus paddy, an environmentally friendly and rain-fed crop, is greatly reduced.

Agriculture Minister. Md. Under the direction of Abdur Razzak and the initiative of Tangail Agriculture Department, various programs were taken to motivate the farmers to cultivate aus again. Farmers have been provided free seeds and fertilizers for aus paddy cultivation. The good days of that lost aus paddy are coming back to Tangail.

As a result, Aus has been planted on 256 percent more land than the target in Tangail this season. With the help of local agricultural officials, modern techniques have been used to manage the land properly, and the yield of paddy has also improved due to the absence of floods and favorable weather conditions. Farmers are happy to reap the lost aus paddy and make extra profit.

Abdul Karim, a farmer from Charabari area of ​​Tangail Sadar Upazila, said, “Some of us have planted aus paddy in 4-5 percent of the land here.” The rice has been very good. Insects are attacking very little. If 10-15 manas of paddy can be obtained in bigha in aus cultivation without leaving the land fallow, then sohaga in gold. That is why I will do more aus planting next year.

Nazrul, a farmer from Daina area of ​​Tangail Sadar, said that the government has given us fertilizer and seeds free of cost. This is the first time I have planted this paddy. The yield has been good. We will cut this paddy and plant transplanted aman paddy. I am very happy that we can plant paddy three times in one land.

Haider Ali, a farmer from Delduar Sadar Union, said it takes only 90-100 days to cultivate aus paddy. I have planted new ones this time. The yield will be very good in the way rice has been. Paddy is now priced at Rs 1,150 in the market. If this price is available, we will be very profitable. Amago has given fertilizer seeds free of cost from the agriculture office. Next year we will plant more.

In this regard, Additional Deputy Director (Grain) of Tangail Agriculture Extension Department Arifur Rahman said, the target for aus paddy cultivation in our district this year was 952 hectares. However, it has been planted in 2452 hectares of land.