Headlines
Redwan Rahman graduates from FilmdomThe local government minister has instructed to cut the road if necessary to remove the waterRequest to withdraw closure shop at night till EIDThe days of the Western monolithic world are over: PutinLeaders of Germany, France, and Italy in Kyiv to express solidarity‘Presidents of two countries call and pressurized Mbappé’Two U.S. citizens are thought to be missing or taken prisoner in UkraineCOVID: The technical committee suggested lifting some restrictionsPetrol prices hit record highs in the USCanada wants a stern warning against cigarettesThe task force to protect the mountains, demanded the formation of a speedy trial tribunalDepot fire: CID tries to find the cause on CCTVRussian passports are being issued in occupied UkraineFire on Parabat Express: Railroad to Sylhet is normal after 4 hoursAnother 24 children died in Mariupol, Ukraine said
Home International Hundreds of Afghan diplomats are in danger abroad if the Taliban suddenly...
Facebook
Twitter
WhatsApp
Print 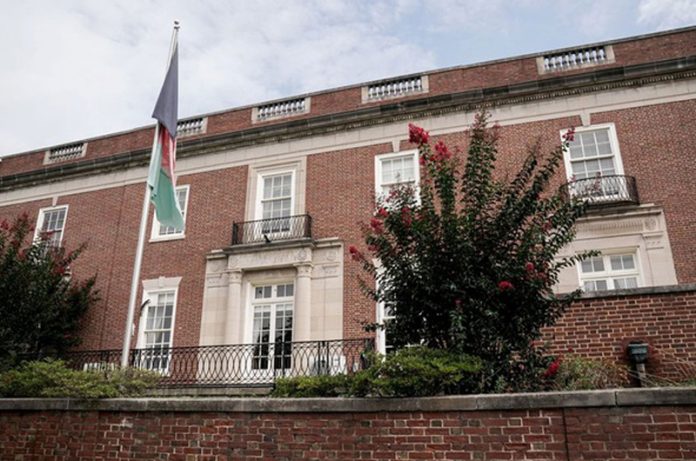 News Desk: Hundreds of Afghan diplomats have been stranded abroad as the Taliban unexpectedly seized power in Afghanistan. They are running out of money to run their business. There are worries about the family in the country. Desperate, they are now seeking refuge abroad.

After the Taliban overthrew the Western-backed government in Afghanistan on August 15 and took control of the country, it said on Tuesday that it had sent letters to embassies in all countries instructing Afghan diplomats to continue working.

However, speaking to Reuters, the embassy staffer, who did not want to be named, said there was stagnation and frustration at their respective embassies. This includes staff from the Afghan embassies in Canada, Germany, and Japan.

“My colleagues here and staff from many other countries are urging the countries concerned to grant them asylum,” said an Afghan diplomat stationed in Berlin.

Concerned about the future of his wife and four daughters in Kabul, the diplomat said, “I am literally begging. Diplomats are now willing to become refugees.” He also said that he has to start all over again by selling everything he owns, including a big house in Kabul.

Many countries around the world are still undecided on whether to recognize the new Taliban government in Afghanistan, and Afghan embassies in those countries are also in a state of uncertainty, said Afzal Ashraf, an international relations expert.

“What can these embassies do?” He asked. They cannot represent a government. They have no policy to implement. ” But there is a risk of security threats if embassy staff return to Afghanistan. So they can get political asylum abroad, Ashraf said.

However, acting Afghan Foreign Minister Amir Khan Muttaki told a news conference in Kabul on Tuesday that the Taliban had sent a message to all Afghan embassies to continue working. “Afghanistan has invested a lot for you, you are the resources of Afghanistan,” he said.

A senior Afghan diplomat estimates that about 3,000 people are working or directly dependent on Afghan embassies around the world.

Ashraf Ghani’s ousted administration also sent a letter to the Taliban government calling the embassies “illegal” and instructing them to resume normal operations. But the diplomats are not getting any direction in overcoming the chaotic situation at the field level with these calls.

“There is no money,” said a staff member at the Afghan embassy in the Canadian capital. It is not possible to work in this situation. I am not being paid at the moment. ‘

Two staff members at the Afghan embassy in the Indian capital, New Delhi, also said they did not have the money to run the business. They also say they will not return to Afghanistan. Because of their involvement with the previous Afghan government, there are fears that they could be targeted by the Taliban. So they want to get shelter in India.