Headlines
Redwan Rahman graduates from FilmdomThe local government minister has instructed to cut the road if necessary to remove the waterRequest to withdraw closure shop at night till EIDThe days of the Western monolithic world are over: PutinLeaders of Germany, France, and Italy in Kyiv to express solidarity‘Presidents of two countries call and pressurized Mbappé’Two U.S. citizens are thought to be missing or taken prisoner in UkraineCOVID: The technical committee suggested lifting some restrictionsPetrol prices hit record highs in the USCanada wants a stern warning against cigarettesThe task force to protect the mountains, demanded the formation of a speedy trial tribunalDepot fire: CID tries to find the cause on CCTVRussian passports are being issued in occupied UkraineFire on Parabat Express: Railroad to Sylhet is normal after 4 hoursAnother 24 children died in Mariupol, Ukraine said
Home Entertainment I always want to impress myself: Badhan
Facebook
Twitter
WhatsApp
Print 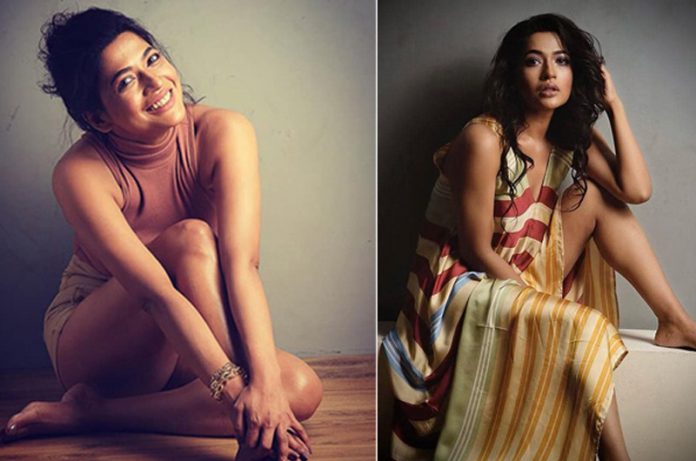 Md. Ashraful Islam: Dhaka-based actress Ajmeri Haque Bandhan is starring Bollywood producer Vishal Bharadwaj’s ‘Khufiya’ produced by Netflix; In an interview given from Delhi on the sidelines of the shooting, he talked about his involvement in the movie and his experience in shooting.

The way it was added

I was in Cannes. Jeremy Chua knocked me out after a meeting with Anurag Kashyap. “Anurag asked for my agent’s number,” he said. Hollywood, Bollywood actors have agents. I told Chua, I do not have an agent, why? Later I found out that he wants to audition for a character from the huge Bharadwaj team.

I was very busy then; I kept saying hello. After coming to Bangladesh, Bishal’s associate casting director contacted me. Rehearsed online. We have to speak Hindi-Bangla together. I sent the video clip of the audition on the phone. Netflix and the giant finalized us. The next morning at the Zoom meeting I spoke to the giant for the first time. I was overwhelmed. The kind of story he likes, I like very much. I thought he would be someone of a serious nature. But I was impressed by his words.

I gave the shooting date in that meeting. I came to India on 26th September for the movie. Later, I started shooting in Delhi on 12th October. Tabu is playing the lead role in this movie; Most of my scenes are with him. I like the character very much.

Reasons to join the movie

I like the girl in the character. And the story is very interesting. In fact, the size of the director has also acted as a factor here. A lot can be learned by working with a good director. I understood this by working with Saad (Abdullah Mohammad Saad).

And there is no huge jury for the screenplay of the movie. He does not make typical movies. I did not want to miss the opportunity to work in such a challenging character.

Lately, a lot of people are trying to tell me, I have to do all the good things. There is always good work to be done. But my question is – how many good things are done now? Maybe I can choose bad work while going to work. Success, failure combined with life, I want to work.

E.g.
… just don’t want to do the acting baseless thing. I want to explore myself. Mistakes are mine, success is mine. When everyone says, do it this way, don’t do it. I mean, I can still fail. Bandhan had to go through a lot to give one good news after another. Strange life is mine.

We humans will be wrong, there will be failures in life. I think in the last three years I have been in the process of becoming human. I always want to impress myself, to purify myself. Furthermore, I will make mistakes, failure will come. We have to accept it and move forward. Everyone says, go ahead. But no one says how to get up when you fall. I tell my daughter how to stand when she falls in front of someone – this is the main challenge of our life.

This is how our life will be. Successful people are often ferrous. Then he can no longer keep his head straight.

I like Unab very much. From his acting to life philosophy সব everything is my favorite. I had never met him before shooting the movie. He knew in that look that I had succeeded. He knew I was from Bangladesh. After a pleasant exchange, he told me that I have a girlfriend in Bangladesh, actress Champa. I am very happy to hear that. Later we read the screenplay together. Most of my scenes are with him.

Everyone here is very professional. Their management here is very good. They know very well how to treat an actor. They work in a very well-organized manner which is not found in Bangladesh or Calcutta. And the director is ‘Down to Earth’. A person of such a large size is so simple!

When are you returning to the country?

I am returning to the country at the end of October after shooting in the first phase. ‘Rehana Maryam Noor’ will be released in November. In the second phase, I have given a date for ‘intelligence’ in January next year. Maybe this phase will be over, otherwise, I will come back to Delhi in January.