Headlines
Redwan Rahman graduates from FilmdomThe local government minister has instructed to cut the road if necessary to remove the waterRequest to withdraw closure shop at night till EIDThe days of the Western monolithic world are over: PutinLeaders of Germany, France, and Italy in Kyiv to express solidarity‘Presidents of two countries call and pressurized Mbappé’Two U.S. citizens are thought to be missing or taken prisoner in UkraineCOVID: The technical committee suggested lifting some restrictionsPetrol prices hit record highs in the USCanada wants a stern warning against cigarettesThe task force to protect the mountains, demanded the formation of a speedy trial tribunalDepot fire: CID tries to find the cause on CCTVRussian passports are being issued in occupied UkraineFire on Parabat Express: Railroad to Sylhet is normal after 4 hoursAnother 24 children died in Mariupol, Ukraine said
Home More Politics I have not done negative politics, I am not doing it yet:...
Facebook
Twitter
WhatsApp
Print 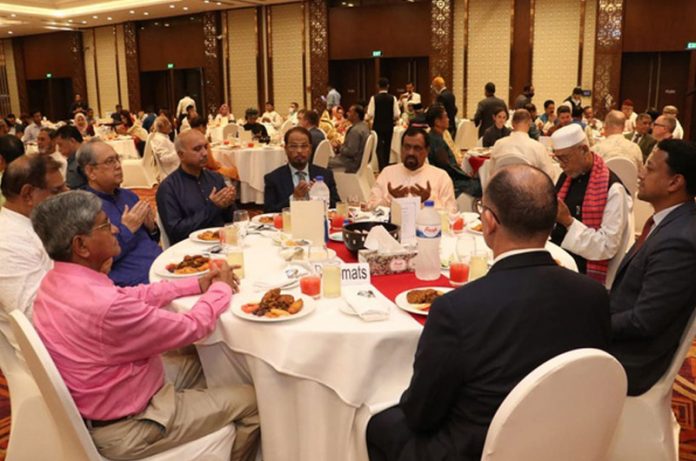 Staff Reporter: Claiming that the Jatiya Party was trying to “smooth” the electoral system, party chairman GM Quader said, “We have never done negative politics and still do not.”

He was speaking at an Iftar function in honor of politicians and diplomats at a hotel in the capital on Saturday.

GM Quader said, “Jatiya Party has always been pursuing a different style of politics. We have never done any negative politics and still do not.

“Currently, we are the main opposition party in the country. We have always played a responsible role in the interest of the country and the nation while in power and now.

“We are determined to institutionalize democracy in the country. That is why we are always trying to make the electoral system, the gateway to democracy, transparent, beautiful, and smooth. ”

At the same time, GM Quader called for global initiatives for the return of Rohingyas to their homeland.

“I urge the world to allow them to be rehabilitated with dignity and respect. Bangladesh as a nation wants friendship with everyone, not enmity with anyone. ”

He also mentioned that at present, more than 1.1 million Rohingya refugees from Myanmar have been given shelter in Bangladesh.