Headlines
Redwan Rahman graduates from FilmdomThe local government minister has instructed to cut the road if necessary to remove the waterRequest to withdraw closure shop at night till EIDThe days of the Western monolithic world are over: PutinLeaders of Germany, France, and Italy in Kyiv to express solidarity‘Presidents of two countries call and pressurized Mbappé’Two U.S. citizens are thought to be missing or taken prisoner in UkraineCOVID: The technical committee suggested lifting some restrictionsPetrol prices hit record highs in the USCanada wants a stern warning against cigarettesThe task force to protect the mountains, demanded the formation of a speedy trial tribunalDepot fire: CID tries to find the cause on CCTVRussian passports are being issued in occupied UkraineFire on Parabat Express: Railroad to Sylhet is normal after 4 hoursAnother 24 children died in Mariupol, Ukraine said
Home Country I have seen a lot, now waiting for proof: Home Minister
Facebook
Twitter
WhatsApp
Print 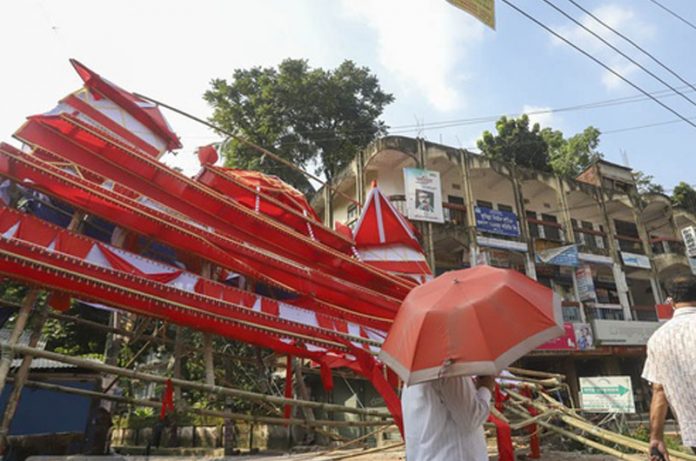 Md. Ashraful Islam: Home Minister Asaduzzaman Khan Kamal has said that those trying to create communal tension in Comilla are being identified.

“We’re seeing a lot, guessing a lot,” he told reporters on Sunday. I am waiting for the proof, I will present it to you as soon as I get the proof. ”

Asked about the arrests, he said, “Efforts have been made to identify them. We will be able to arrest them soon. ”

On October 13, a temple in Comilla was attacked and vandalized for allegedly insulting the Quran.

During Durga Puja, temples were attacked in several districts, including Chandpur and Chittagong. At least six people were killed.

On Sunday, four days after the Comilla incident, journalists met the Home Minister at the Secretariat and asked him questions about taking action against those involved in creating communal tensions.

Asaduzzaman Kamal said, “You (journalists) are saying, what is the progress of the incident in Comilla? What happened in Comilla, we are taking it very seriously. I will report all the facts through a thorough investigation. Hope to hear from you soon.

“Bangladesh is a non-communal country, there must be a reason behind this sudden occurrence. We will be able to clear it further in a few days. ”

Earlier, the minister said the incident in Comilla was similar to the attack on religious minorities at Ramnagar in Cox’s Bazar and Nasirnagar in Brahmanbaria.

Asaduzzaman Kamal thinks that there is a link between similar incidents in other districts after Comilla.

“We must investigate everything and provide exemplary punishment so that no one tries to destroy this communal harmony.”

Asked if there was any fuel from outside the country behind these incidents, the Home Minister said, “I am not saying anything at the moment. There is no shortage of people in our country.

“Whether they are moving from outside the country or not, they will also come out for investigation. We will be able to report everything that really happened soon. ”