Headlines
Redwan Rahman graduates from FilmdomThe local government minister has instructed to cut the road if necessary to remove the waterRequest to withdraw closure shop at night till EIDThe days of the Western monolithic world are over: PutinLeaders of Germany, France, and Italy in Kyiv to express solidarity‘Presidents of two countries call and pressurized Mbappé’Two U.S. citizens are thought to be missing or taken prisoner in UkraineCOVID: The technical committee suggested lifting some restrictionsPetrol prices hit record highs in the USCanada wants a stern warning against cigarettesThe task force to protect the mountains, demanded the formation of a speedy trial tribunalDepot fire: CID tries to find the cause on CCTVRussian passports are being issued in occupied UkraineFire on Parabat Express: Railroad to Sylhet is normal after 4 hoursAnother 24 children died in Mariupol, Ukraine said
Home More Health ICDDRB: The number of diarrhea patients is not decreasing
Facebook
Twitter
WhatsApp
Print 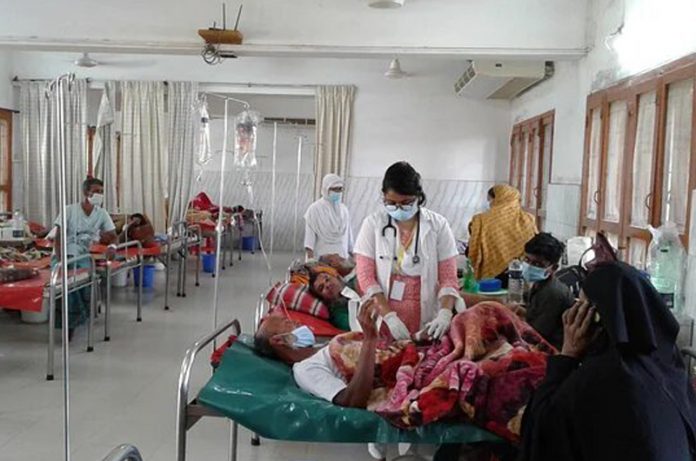 The head of the hospital Baharul Alam gave this information in the first light this afternoon. He said more than 1,300 patients have been admitted to the hospital every day since March 21. The number of patients is increasing day by day. In today’s trend of patient admissions, the number may exceed 1,400.

Outbreaks of diarrhea have been reported in different parts of the country, including the capital Dhaka, for the past two weeks. According to the Department of Health’s Health Emergency Operations Center and Control Room, more than 4.5 million people across the country have contracted diarrhea in the first three months of the year (January to March). Of these, ICDDRB’s Mohakhali Hospital has treated more than 55,000 patients.
An ICDDRB source had earlier told that 23 percent of patients coming to their hospital were suffering from severe diarrhea or cholera.

Concerned people say that water comes out of the body of cholera patients quickly. The eye goes into the hole. The tongue dries up. The patient becomes numb. The elasticity of the skin is gone. In other words, when the pinch is given, the skin becomes wrinkled and does not return to normal in a short time. If these symptoms occur, the patient should be admitted to the hospital immediately. These patients are at risk of death due to dehydration.