Headlines
The local government minister has instructed to cut the road if necessary to remove the waterRequest to withdraw closure shop at night till EIDThe days of the Western monolithic world are over: PutinLeaders of Germany, France, and Italy in Kyiv to express solidarity‘Presidents of two countries call and pressurized Mbappé’Two U.S. citizens are thought to be missing or taken prisoner in UkraineCOVID: The technical committee suggested lifting some restrictionsPetrol prices hit record highs in the USCanada wants a stern warning against cigarettesThe task force to protect the mountains, demanded the formation of a speedy trial tribunalDepot fire: CID tries to find the cause on CCTVRussian passports are being issued in occupied UkraineFire on Parabat Express: Railroad to Sylhet is normal after 4 hoursAnother 24 children died in Mariupol, Ukraine saidBelayet, who is in his fifties, has been given a good admission test against young
Home More Agriculture India stops wheat exports
Facebook
Twitter
WhatsApp
Print 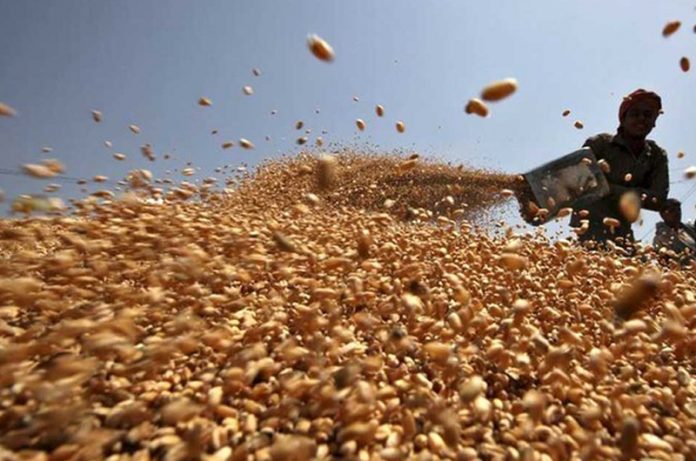 International Desk: After the start of the Russia-Ukraine war, India, which had been hoping to provide food to the world in times of crisis, took the opposite path.

The country has abruptly banned wheat exports. The decision to reduce prices in the domestic market will take effect from Saturday, Indian media reported.

India is the second-largest exporter of wheat, one of the world’s two staple foods. Ukraine and Russia, two of the world’s top wheat exporters, are now at war. Who supplies one-third of the wheat in the world market.

With fears of a food crisis looming after the start of the war in Ukraine, Foreign Minister S Jayashankar also hinted that India could help the world by increasing wheat supplies.

After the Ukraine war broke out in late February and exports from the Black Sea region declined, the country stopped exporting wheat as buyers flocked to India.

According to a Reuters report, India has taken steps to ban exports due to the massive crop damage caused by the heatwave and rising local wheat prices.

The Indian government, however, says that the export orders that have already been issued will be given to those countries. They will also allow exports to countries that are struggling to meet food security needs.

India’s ban on wheat exports has raised fears of rising wheat prices in the world market and hurting poorer countries in Asia and Africa.

A Mumbai-based dealer of an exporting company called the ban “disappointing”. “We expected the decision to suspend exports in two to three months, but the inflation figures seem to have changed the government’s attitude,” he told Reuters.

Rising food prices pushed India’s inflation to an eight-year high in April. It has also put pressure on the central bank to raise interest rates to rein in the market.

However, India set a record export target for the fiscal year beginning in April and decided to send trade representatives to some countries, such as Morocco, Tunisia, Indonesia, and the Philippines, to find ways to increase it.

But after the onset of heatstroke in mid-March, the situation began to change. It is feared that wheat production may come down to around 100 million tonnes this time.

The Mumbai-based dealer said, “Government purchases have dropped by more than 50 percent. The supply in the spot market has also decreased compared to last year. All of this indicates a lack of harvest. “

“India’s ban on wheat exports will have an impact on the world. Because there are no big suppliers in the market right now, ” said another dealer.