Headlines
Redwan Rahman graduates from FilmdomThe local government minister has instructed to cut the road if necessary to remove the waterRequest to withdraw closure shop at night till EIDThe days of the Western monolithic world are over: PutinLeaders of Germany, France, and Italy in Kyiv to express solidarity‘Presidents of two countries call and pressurized Mbappé’Two U.S. citizens are thought to be missing or taken prisoner in UkraineCOVID: The technical committee suggested lifting some restrictionsPetrol prices hit record highs in the USCanada wants a stern warning against cigarettesThe task force to protect the mountains, demanded the formation of a speedy trial tribunalDepot fire: CID tries to find the cause on CCTVRussian passports are being issued in occupied UkraineFire on Parabat Express: Railroad to Sylhet is normal after 4 hoursAnother 24 children died in Mariupol, Ukraine said
Home Technology India will keep eye on the Battery quality of rickshaw-van
Facebook
Twitter
WhatsApp
Print 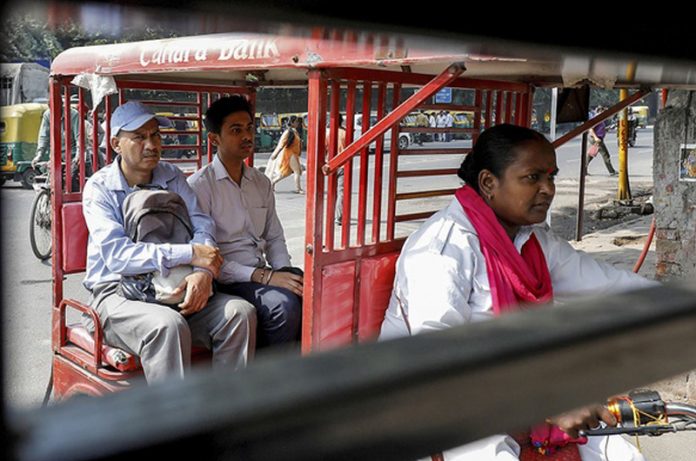 Technology Desk: India is working to improve the quality of two- or three-wheeled battery-powered vehicles. The country plans to introduce new rules to allow the same quality batteries to be used in more than one type of vehicle.

If the new rules are implemented, batteries can be easily replaced in electric scooters, motorcycles, and three-wheeled rickshaws. It will also benefit battery manufacturers for Indian vehicles, Reuters reported.

The new rules have been proposed by the Indian government’s think-tank Niti Aayog through a draft policy.

In addition, it will separate the cost of batteries from the cost of advance and EV conversion costs when purchasing an electric two- or three-wheeler, the policy commission said.

In India’s growing electric scooter sector, ‘replaceable’ batteries are still not being used commercially. However, the company did not mention any investment plans in the draft policy.

The draft of the new policy has been kept open for public opinion till June 5. Once the draft is finalized, the government will implement it by March 31, 2025.

The think-tank has also offered incentives to buyers to buy electric vehicles with replaceable batteries. However, Reuters did not provide further details.

However, according to an earlier Reuters report, the amount of incentive could be up to 20 percent of the total battery cost.

India announced in February that it would introduce new rules on replaceable batteries to boost sales of electric vehicles.

The move will benefit companies like Reliance Industries in India and BP plc in the UK. Last year, the two companies took a joint initiative to make batteries in the country.