Headlines
Redwan Rahman graduates from FilmdomThe local government minister has instructed to cut the road if necessary to remove the waterRequest to withdraw closure shop at night till EIDThe days of the Western monolithic world are over: PutinLeaders of Germany, France, and Italy in Kyiv to express solidarity‘Presidents of two countries call and pressurized Mbappé’Two U.S. citizens are thought to be missing or taken prisoner in UkraineCOVID: The technical committee suggested lifting some restrictionsPetrol prices hit record highs in the USCanada wants a stern warning against cigarettesThe task force to protect the mountains, demanded the formation of a speedy trial tribunalDepot fire: CID tries to find the cause on CCTVRussian passports are being issued in occupied UkraineFire on Parabat Express: Railroad to Sylhet is normal after 4 hoursAnother 24 children died in Mariupol, Ukraine said
Home Country Initial closing? The state minister wants more time to inform
Facebook
Twitter
WhatsApp
Print 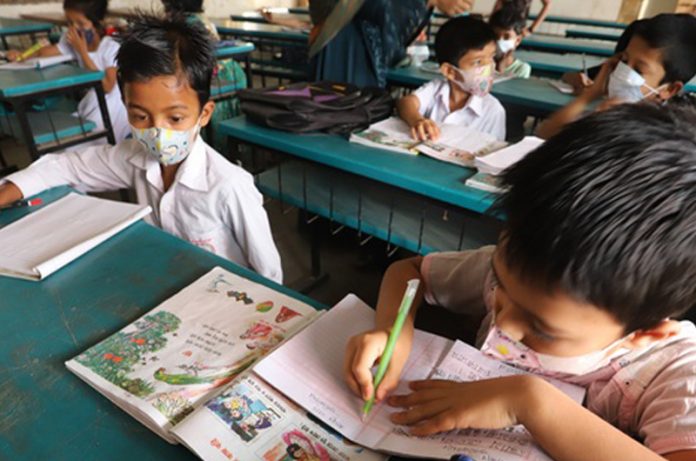 Staff Reporter: The government wants to take a little more time to decide whether there will be a final examination or PEC for primary education this year, said the state minister for primary and mass education. Zakir Hossain.

He said that the decision to take the exam would be taken only after the fifth class students have filled the ‘deficit’ as direct teaching has been stopped in the classroom for most of the last two years due to the COVID epidemic.

Speaking at a press conference at the Secretariat on Thursday, the state minister said, “Schools have been closed for almost two years. We take a little more time to fill the learning gap. We will fill in the gaps and then make a decision. “

Due to the COVID epidemic, the final examination of the fifth class could not be taken in 2020. Outbreaks appear to be exacerbated during this period, although plans were made to take short syllabus examinations before the start of classes at the school college on 12 September 2021, this was later canceled. Instead of the final examination, the students are assessed through educational institutions and promoted to the next class.

Zakir Hossain said, “The final exam is in November, we will inform 2-3 months in advance. The coaching center will hold all the lines if it is informed now. “

Asked if there were plans to cancel the final, the state minister for primary and mass education said, “We have a new curriculum, but there is no examination. We will decide on the views of stakeholders, including academics. “

Alamgir Muhammad Mansurul Alam, director-general of the Department of Primary and Mass Education, said they did not want students to be pressured into exams.

“Let the students be busy with the lessons. I don’t want to put them under tension. I don’t want to give exams tension so that they can acquire the learning ability. There will be no final exams in the future.”

Primary and Mass Education Secretary Aminul Islam Khan said, “There is no reason to think experimentally.”

The official also said that the government wants to announce the PEC test in time.

He said, “The learning process of children is different from that of adults. I don’t want to disrupt the normal process by informing now. We’ll announce it in a little while. “