Headlines
Redwan Rahman graduates from FilmdomThe local government minister has instructed to cut the road if necessary to remove the waterRequest to withdraw closure shop at night till EIDThe days of the Western monolithic world are over: PutinLeaders of Germany, France, and Italy in Kyiv to express solidarity‘Presidents of two countries call and pressurized Mbappé’Two U.S. citizens are thought to be missing or taken prisoner in UkraineCOVID: The technical committee suggested lifting some restrictionsPetrol prices hit record highs in the USCanada wants a stern warning against cigarettesThe task force to protect the mountains, demanded the formation of a speedy trial tribunalDepot fire: CID tries to find the cause on CCTVRussian passports are being issued in occupied UkraineFire on Parabat Express: Railroad to Sylhet is normal after 4 hoursAnother 24 children died in Mariupol, Ukraine said
Home Headlines Instagram desperate to hold teenage users
Facebook
Twitter
WhatsApp
Print 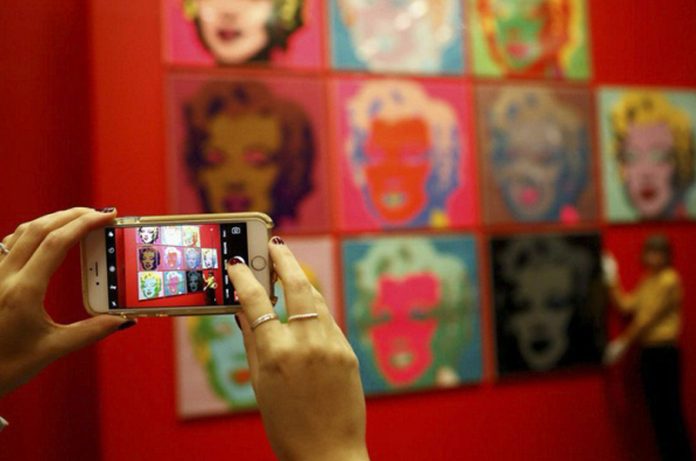 Md. Ashraful Islam: Instagram, owned by Facebook, fears losing teenage users. The company is so desperate to retain teen users that since the beginning of 2017, almost all of Instagram’s global marketing budget has been spent on attracting teens to its own platform.

The US daily New York Times reports that Instagram is desperate for teenage users, citing internal documents and confidential sources. “If we lose our position in the US adolescent market, the entire pipeline will be lost,” the report said in an internal memo to Instagram in October 2020.

According to a New York Times report, almost all of Instagram’s marketing costs and strategies have been run since 2016 with the aim of keeping teens on the platform. The cost of this sector in 2021 has been estimated at কোটি 390 million. It is also unusual in the eyes of market analysts to place so much importance on users of just one age limit, the US Daily reported.

A portion of the marketing cost is reserved for parents and young people as well. However, in the presence of apps like TickTock and Snapchat, the platform is facing stiff competition to retain teenage users.

The New York Times report comes at a time when Facebook and other services owned by the company are under pressure from all sides. Frances Haugen, a former employee of the company, has leveled several serious allegations against Facebook by leaking internal documents and research reports.

He alleges that Facebook’s algorithm is fueling social divisions, inciting violence, and undermining the democratic system. The top social media outlet for-profit ignores the adverse effects of Instagram on the mental health of teenagers – Haugen said. The US Senate and UK regulators have launched an investigation into Facebook in the wake of Haugen’s allegations.

Analyzing Haugen’s leaked documents, the Wall Street Journal reported that Instagram was having a negative effect on the mental health of a large proportion of teenage users. The app reinforces adolescents’ feelings of anxiety, restlessness, and inferiority complex – this information comes from Facebook’s own research.

Facebook claims that both the purpose and the results of their research are being misrepresented and that the positive effects of Instagram on teenagers come from that research.

On the other hand, the technology site Senate says that a Facebook spokesperson has pretended not to give importance to the issue raised in the recent report of the New York Times. “While it’s not true that we spend the entire amount of our marketing budget on teenagers, we’ve said before that teenagers are very important customers who can catch and create new trends in advance. They will be part of our marketing strategy, which is not surprising. ”

In September, Facebook was forced to suspend the Instagram Kids project in the face of criticism. The social media group planned to create a separate version of Instagram for children under the age of 13. Instagram claimed that ‘Instagram Kids’ will be free of advertisements so that parents can keep a direct eye on it. Despite Facebook’s assurances, critics and experts are concerned about its potential adverse effects on children’s mental health.

The New York Times reports that Facebook knew that ads designed for 13-year-olds would attract the attention of children. However, citing confidential sources, the US Daily reported that top Facebook officials told general staff that Facebook was doing everything possible to keep minors away from signing up for Instagram; But still, children are joining the platform.

On the other hand, Instagram chief Adam Moseri said he believes creating a separate Instagram for children is the “right thing to do.” Explaining the reason, Moseri says the children are already online, and they lie about their age to access Instagram.