Headlines
Redwan Rahman graduates from FilmdomThe local government minister has instructed to cut the road if necessary to remove the waterRequest to withdraw closure shop at night till EIDThe days of the Western monolithic world are over: PutinLeaders of Germany, France, and Italy in Kyiv to express solidarity‘Presidents of two countries call and pressurized Mbappé’Two U.S. citizens are thought to be missing or taken prisoner in UkraineCOVID: The technical committee suggested lifting some restrictionsPetrol prices hit record highs in the USCanada wants a stern warning against cigarettesThe task force to protect the mountains, demanded the formation of a speedy trial tribunalDepot fire: CID tries to find the cause on CCTVRussian passports are being issued in occupied UkraineFire on Parabat Express: Railroad to Sylhet is normal after 4 hoursAnother 24 children died in Mariupol, Ukraine said
Home International Iran seizes two Greek ships in the Persian Gulf
Facebook
Twitter
WhatsApp
Print 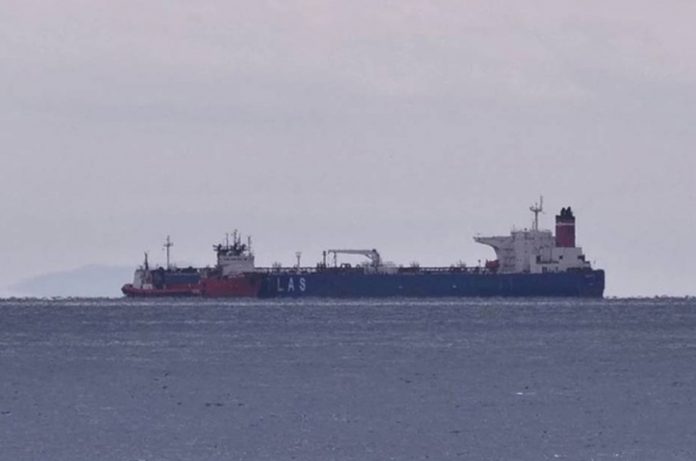 International Desk: Iran has seized two Greek ships in the Persian Gulf in retaliation for the seizure of Iranian oil from a tanker seized off the coast of Greece.

The two ships were seized by Iranian forces on Friday, shortly after Tehran warned that “punitive measures” would be taken, Reuters reported.

The Revolutionary Guards provided the information, citing a report by Iran’s state-run news agency IRNA, but did not elaborate or elaborate.

The Greek Foreign Ministry said a Greek navy helicopter landed on the Greek flag-carrying ship Delta Poseidon 22 nautical miles off the coast of Iran and took the crew hostage, two of the Greek nationals.

Another Greek-flagged vessel near Iran said a similar incident had taken place but did not name the ship.

Greece alleges that international law was violated in both cases. The country says it has informed its allies as well as the Iranian ambassador to Athens about the allegations.

Reuters could not immediately be reached for comment by Delta Poseidon’s management company, Greece-based Delta Tanker.

Greek authorities last month seized an Iranian-flagged Pegas tanker off the coast of their southern island of Avia due to European Union sanctions. They also detained 19 Russian crew members aboard the ship.

The United States has said it plans to seize Iranian oil on board the ship and plan to ship the cargo to the United States, Reuters reported on Thursday.

The Pegasus tanker was later released, but this incident added fuel to the existing tension. The incident comes at a time when world powers are seeking to revive the nuclear deal with Iran. The deal was scrapped by Washington under former President Donald Trump.

“Iran has decided to take punitive action against Greece after the Greek government seized Iranian tankers and shipped Iranian oil to the United States,” Noor News, a member of Iran’s state security agency, said on Twitter on Friday morning.

However, they did not say what kind of action they would take.

Before launching an attack on Ukraine, the United States imposed sanctions on Promsuezbank, an ally of Russia’s defense sector. Pegasus was one of the five ships that Washington listed under the ban.

It is unknown at this time what he will do after leaving the post. The United States has imposed separate sanctions on Iran and Russia.

Iran’s semi-autonomous news agency Tasnim later quoted an unnamed source as saying, “Greece has 17 ships in the Persian Gulf, which could be confiscated by the Revolutionary Guards if the country continues its harmful behavior.”