Headlines
Redwan Rahman graduates from FilmdomThe local government minister has instructed to cut the road if necessary to remove the waterRequest to withdraw closure shop at night till EIDThe days of the Western monolithic world are over: PutinLeaders of Germany, France, and Italy in Kyiv to express solidarity‘Presidents of two countries call and pressurized Mbappé’Two U.S. citizens are thought to be missing or taken prisoner in UkraineCOVID: The technical committee suggested lifting some restrictionsPetrol prices hit record highs in the USCanada wants a stern warning against cigarettesThe task force to protect the mountains, demanded the formation of a speedy trial tribunalDepot fire: CID tries to find the cause on CCTVRussian passports are being issued in occupied UkraineFire on Parabat Express: Railroad to Sylhet is normal after 4 hoursAnother 24 children died in Mariupol, Ukraine said
Home Headlines Israel backs neo-Nazis in Ukraine: Russia
Facebook
Twitter
WhatsApp
Print 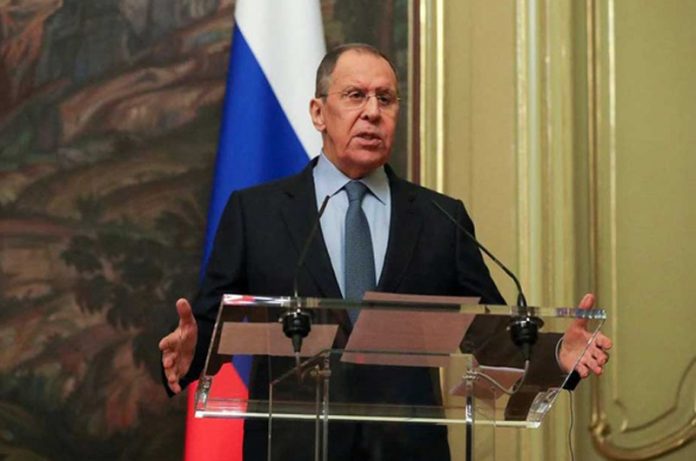 News Desk: Russia has accused Israel of backing Ukraine’s neo-Nazis in direct response to comments that Nazi leader Adolf Hitler had “Jewish blood” on his body.

Lavrov made the remarks in an interview with an Italian television program on Sunday. Asked how Russia could claim to be fighting for the liberation of Ukraine from Nazism after Ukrainian President Volodymyr Zelensky himself, Lavrov said: “What happened to Zelensky being a Jew? He also had Jewish blood on his body. ”

Russia’s foreign ministry said in a statement on Tuesday that the dispute was likely to escalate.

A number of Western leaders have also condemned Lavrov’s remarks, and Zelensky has accused Russia of forgetting the lessons of World War II.

Russia’s foreign ministry said in a statement that Israeli Foreign Minister Yar’Adua’s remarks were “anti-historic” and “explained in large part why the current Israeli government is supporting Kiev’s neo-Nazi government.”

Moscow has reiterated Lavrov’s remarks that Zelensky’s Jewish identity did not prevent Ukraine from being run by neo-Nazis.

“Anti-Semitism has not stopped but is being nurtured in (Ukraine’s) daily life and politics,” the statement said, according to Reuters.

Israel backed Ukraine after Russia launched its offensive on February 24. But the country has initially refrained from directly criticizing Moscow for avoiding the risk of damaging relations with Russia, which has a role to play in keeping neighboring Syria in power and has not imposed any formal sanctions on Russia’s ruling elite.

But Russia is committing war crimes in Ukraine, a remark made by Yar Lapid last month.