Headlines
The local government minister has instructed to cut the road if necessary to remove the waterRequest to withdraw closure shop at night till EIDThe days of the Western monolithic world are over: PutinLeaders of Germany, France, and Italy in Kyiv to express solidarity‘Presidents of two countries call and pressurized Mbappé’Two U.S. citizens are thought to be missing or taken prisoner in UkraineCOVID: The technical committee suggested lifting some restrictionsPetrol prices hit record highs in the USCanada wants a stern warning against cigarettesThe task force to protect the mountains, demanded the formation of a speedy trial tribunalDepot fire: CID tries to find the cause on CCTVRussian passports are being issued in occupied UkraineFire on Parabat Express: Railroad to Sylhet is normal after 4 hoursAnother 24 children died in Mariupol, Ukraine saidBelayet, who is in his fifties, has been given a good admission test against young
Home Economy It will take more money to buy dollars
Facebook
Twitter
WhatsApp
Print 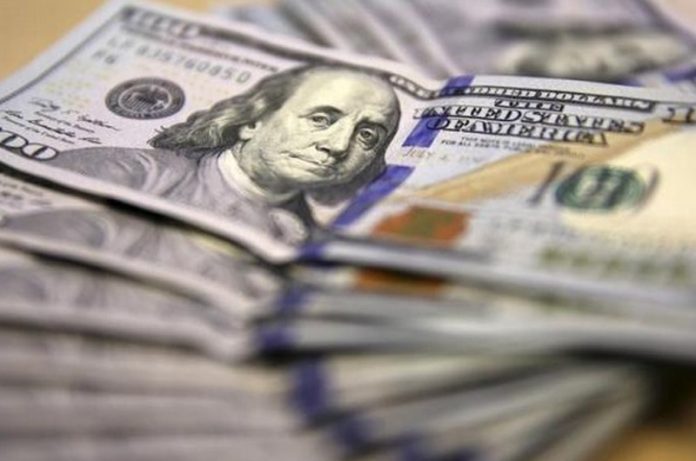 Staff Reporter: Money has become cheaper since the dollar was left out of the market; The last exchange rate per dollar stood at 91 taka 95 paise.

After moving away from the decision to fix the dollar rate, the dollar price increased in three phases. And in May, the value of money decreased by four points.

This means that in the last round, the money has become cheaper by 45 paise.

Earlier, Bangladesh Bank sold dollars at a higher rate than the previous day in two phases on Thursday, the day the dollar-fixing rule was lifted. This reduced the value of the money twice that day.

Spokesperson Sirajul said that in the second phase on the same day, another 5 million dollars was sold to meet the urgent demand at 91 taka 50 paise.

As a result, the value of the taka decreased by two and a half taka on the day the dollar was released on the market. Money has not lost so much value in a single day in recent years. Earlier, the price was reduced to a maximum of 1 taka 10 paise in one day.

On Wednesday, Bangladesh Bank informed the banks that it had lifted the ‘Managed Exchange Rate’ following the recent foreign exchange rate fixing in the dollar market, which had become volatile due to the demand crisis.

Demand for the dollar has been rising over the past few months due to rising import costs. The dollar does not match the cost of imports from exports and remittances. As a result, the supply of dollars has been strained, which has led to a sharp rise in the foreign exchange market.

Central Bank spokesperson Sirajul said, “Bangladesh Bank has been forced to sell dollars to balance market demand and supply. On Monday, it sold 10 million dollars to support the banks.”

Earlier on Thursday, he had said, “According to the open market, the value of the dollar will be right. If this is not done, remittances will be reduced. However, Bangladesh Bank will monitor it even if it is released on the market.”