Headlines
Redwan Rahman graduates from FilmdomThe local government minister has instructed to cut the road if necessary to remove the waterRequest to withdraw closure shop at night till EIDThe days of the Western monolithic world are over: PutinLeaders of Germany, France, and Italy in Kyiv to express solidarity‘Presidents of two countries call and pressurized Mbappé’Two U.S. citizens are thought to be missing or taken prisoner in UkraineCOVID: The technical committee suggested lifting some restrictionsPetrol prices hit record highs in the USCanada wants a stern warning against cigarettesThe task force to protect the mountains, demanded the formation of a speedy trial tribunalDepot fire: CID tries to find the cause on CCTVRussian passports are being issued in occupied UkraineFire on Parabat Express: Railroad to Sylhet is normal after 4 hoursAnother 24 children died in Mariupol, Ukraine said
Home Entertainment ‘Jawan Ready’, said Shah Rukh
Facebook
Twitter
WhatsApp
Print 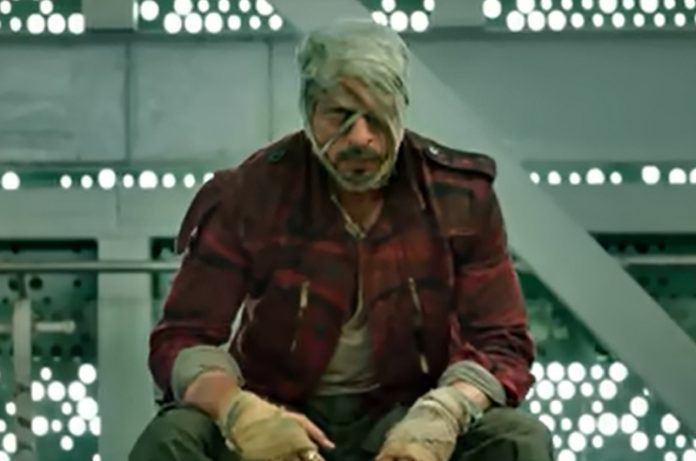 Entertainment Desk: Shah Rukh Khan is returning with the movie, he announced his new movie ‘Jawan’ by posting a teaser.

The Bollywood star has not released any movie in four consecutive years since 2018. Sometimes he was less happy with his son Aryan Khan’s drug case.

Shah Rukh Khan posted a teaser of the movie ‘Jawan’ on Friday, ending the wait of viewers and fans.

In the teaser of 1 minute 30 seconds, Shah Rukh has been seen in a different form. Just looking out and seeing Shah Rukh with a bandage wrapped all over his face, it is understood that this is an action movie.

Shah Rukh Khan, who has been busy in Abu Dhabi for the IIFA Awards, wrote in the posted teaser, ‘Mere Jawan Bhai Ready Hai’. He also tagged the post as ‘SRK’.

Shah Rukh wrote on Instagram, “On June 2, 2023, I am bringing to you the action-packed and entertaining jawan in the theater.”

Regarding the story of the movie, Shah Rukh said that the story of Jawan is universal, which transcends all languages ​​and geographical boundaries. He hopes everyone will enjoy this movie.

“I want to give director Attlee all the credit for the ‘exceptional’ movie, I got a taste of the new experience working here, because I love ‘action’.”

At the end of the teaser of ‘Jawan’, Shah Rukh Khan was seen smiling and saying – ‘Ready’.