Headlines
Redwan Rahman graduates from FilmdomThe local government minister has instructed to cut the road if necessary to remove the waterRequest to withdraw closure shop at night till EIDThe days of the Western monolithic world are over: PutinLeaders of Germany, France, and Italy in Kyiv to express solidarity‘Presidents of two countries call and pressurized Mbappé’Two U.S. citizens are thought to be missing or taken prisoner in UkraineCOVID: The technical committee suggested lifting some restrictionsPetrol prices hit record highs in the USCanada wants a stern warning against cigarettesThe task force to protect the mountains, demanded the formation of a speedy trial tribunalDepot fire: CID tries to find the cause on CCTVRussian passports are being issued in occupied UkraineFire on Parabat Express: Railroad to Sylhet is normal after 4 hoursAnother 24 children died in Mariupol, Ukraine said
Home Headlines Jordan: The king is restricting prince Hamzah’s communication, the movement
Facebook
Twitter
WhatsApp
Print 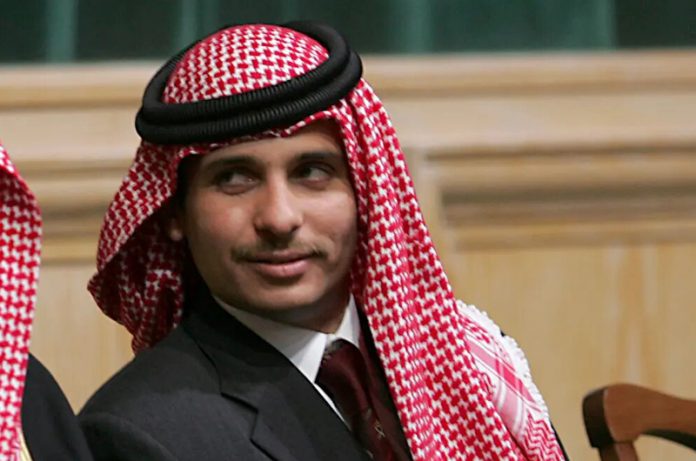 News Desk: King Abdullah of Jordan says he has limited his movements and contacts with the outside world to ensure that his half-brother Prince Hamza does nothing against the country’s interests.

Hamza, Jordan’s former heir to the throne, has been under house arrest since last year. Hamza was accused in April 2021 of trying to destabilize the country’s monarchy by being inspired by foreign conspiracies. But after promising allegiance to the king, he was spared punishment.

A statement from the country’s royal court said that a court of the royal family had ordered a ban on the movement, residence, and communication of the isolated prince, and the king had approved it.

Bassem Abdullah, a key adviser to the royal family, and another officer in a relatively small position were sentenced to 15 years in prison for their alleged involvement in the alleged conspiracy with Hamza.

After the death of King Hussein in 1999, his son Abdullah became King of Jordan. Hamza, 42, was then proclaimed Crown Prince of Jordan. But five years later, according to the constitution, Abdullah proclaimed his son as Crown Prince instead of Hamza as heir to the throne.

The royal family’s image has tarnished Jordan’s image as a stable country in the volatile Middle East.

In a letter to Jordanians, Badshah said he had “absolute self-control, tolerance, and patience” about his younger brother, but never gave up his “fascination” with the throne.

“Hamza will be given every opportunity to lead a comfortable life, but he will not be given any opportunity to underestimate the stability of race, institution, family, and Jordan,” King Abdullah said in the letter.