Headlines
Redwan Rahman graduates from FilmdomThe local government minister has instructed to cut the road if necessary to remove the waterRequest to withdraw closure shop at night till EIDThe days of the Western monolithic world are over: PutinLeaders of Germany, France, and Italy in Kyiv to express solidarity‘Presidents of two countries call and pressurized Mbappé’Two U.S. citizens are thought to be missing or taken prisoner in UkraineCOVID: The technical committee suggested lifting some restrictionsPetrol prices hit record highs in the USCanada wants a stern warning against cigarettesThe task force to protect the mountains, demanded the formation of a speedy trial tribunalDepot fire: CID tries to find the cause on CCTVRussian passports are being issued in occupied UkraineFire on Parabat Express: Railroad to Sylhet is normal after 4 hoursAnother 24 children died in Mariupol, Ukraine said
Home More Metropolitan Journalist threatened with death, GD at the police station
Facebook
Twitter
WhatsApp
Print 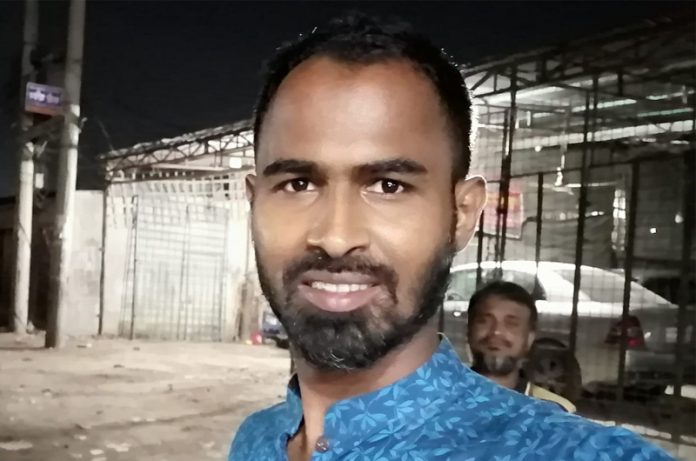 Staff Reporter: Daily Kaler Kantha investigative team member and own reporter. A businessman and his two sons have been charged with making death threats to Sajjad Hossain and his family. The incident took place at West Dhanmondi Housing Area under Hazaribagh Police Station in the capital on Saturday morning. A general diary (GD No. 1160, 19-02-2022) has been kept at Hazaribagh police station in this incident.

According to GD sources, an employee of Majumdar Exclusive Shop misbehaved with his wife and child in the afternoon of February 18 in the absence of Sajjad Hossain. Later, shopkeeper Abul Hossain Majumder and his two sons became angry with journalist Sajjad Hossain when they wanted to know the identity of the worker and the purpose of his departure. Abul Hossain threatened, “If he raises the issue, he will be handed over to the police. It will also be framed with yaba. ‘ The whole family will be killed and disappeared if they go too far. ‘

The victim Sajjad Hossain said that he has been accustomed to receiving such threats from time to time since he came to journalism. So now they do not wear. But this time the matter is different. Since my current residence is in West Dhanmondi Housing, this time I am worried about the safety of my family. I have some videos from the time of the incident.

GD’s investigating officer and Hazaribagh police station SI Shamsur Rahman said a preliminary investigation had found the allegations to be true. Further legal action will be taken in this regard.

Hazaribagh police OC (investigation) said. Masudur Rahman said that journalist Sajjad Hossain has kept a general diary in this incident. Later that night, we sent police to the spot. The matter will be investigated, and necessary action will be taken.