Headlines
Redwan Rahman graduates from FilmdomThe local government minister has instructed to cut the road if necessary to remove the waterRequest to withdraw closure shop at night till EIDThe days of the Western monolithic world are over: PutinLeaders of Germany, France, and Italy in Kyiv to express solidarity‘Presidents of two countries call and pressurized Mbappé’Two U.S. citizens are thought to be missing or taken prisoner in UkraineCOVID: The technical committee suggested lifting some restrictionsPetrol prices hit record highs in the USCanada wants a stern warning against cigarettesThe task force to protect the mountains, demanded the formation of a speedy trial tribunalDepot fire: CID tries to find the cause on CCTVRussian passports are being issued in occupied UkraineFire on Parabat Express: Railroad to Sylhet is normal after 4 hoursAnother 24 children died in Mariupol, Ukraine said
Home Sports Kohli claims ‘120 percent’ after trophy-free leadership
Facebook
Twitter
WhatsApp
Print 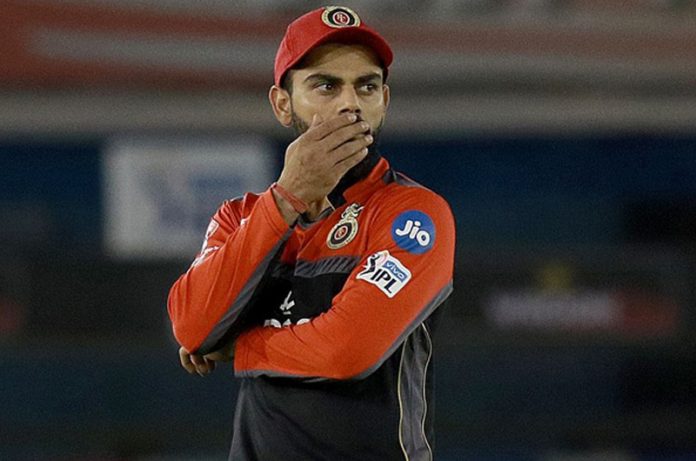 Sports Desk: 11 seasons, every time new hope, new dream home, grandfather’s expenses, all the devastating stars in the team, but at the end of it all there is only despair. Virat Kohli’s lead in Royal Challengers Bangalore ended without a trophy. He says, however, that he has poured more than 100 percent of himself into the team each season.

Captain Kohli’s last hope of winning the IPL trophy ended on Monday. Bangalore lost to Kolkata Knight Riders in the eliminator match of this year’s event.

He announced before the start of the team’s campaign in the United Arab Emirates that this season is his last as the captain of Bangalore. After that he will play in this team only as a cricketer.

After the last match as captain, Kohli looked back and said that even though he did not win the title, there was no shortage in his dedication.

“I have tried to build a culture where young people can come and match themselves and play with faith. I have also tried it in the Indian team. I can only say, I have given my best. I don’t know how much reflection there is. However, I can say with certainty that I have given my 120 percent every season under the leadership of this franchise. ”

“As I said before, as a cricketer, I will continue that effort from now on. Organizing the team for the next three years, now is a great time to restructure and bring in people who will take this culture and this franchise to the next level. ”

“I do not see myself playing anywhere else. Loyalty is more important to me than anything else materially. This franchise has faith in me and I will be committed to this franchise till my last day in the IPL. ”