Headlines
Redwan Rahman graduates from FilmdomThe local government minister has instructed to cut the road if necessary to remove the waterRequest to withdraw closure shop at night till EIDThe days of the Western monolithic world are over: PutinLeaders of Germany, France, and Italy in Kyiv to express solidarity‘Presidents of two countries call and pressurized Mbappé’Two U.S. citizens are thought to be missing or taken prisoner in UkraineCOVID: The technical committee suggested lifting some restrictionsPetrol prices hit record highs in the USCanada wants a stern warning against cigarettesThe task force to protect the mountains, demanded the formation of a speedy trial tribunalDepot fire: CID tries to find the cause on CCTVRussian passports are being issued in occupied UkraineFire on Parabat Express: Railroad to Sylhet is normal after 4 hoursAnother 24 children died in Mariupol, Ukraine said
Home Entertainment Kolkata’s ‘Taalpatar Shepai’ coming to Dhaka
Facebook
Twitter
WhatsApp
Print 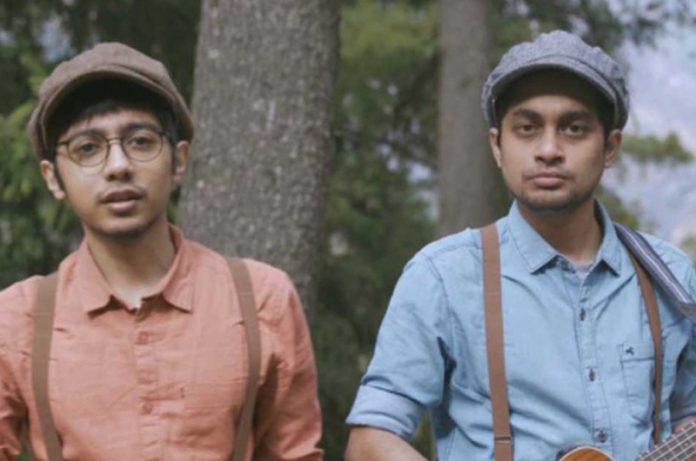 The band will perform in an auditorium in Dhaka in June, said Dhaka Broadcast, the concert organizer. An announcement has also been made on the band’s Facebook page.

‘Talpatar Sepai’ by two young artists Pritam Das and Sumon Ghosh are very popular among the youth of Kolkata as well as Dhaka.

Rudan Al Amin, CEO of Dhaka Broadcast, told bdnews24.com that they were organizing the concert in June; The date and venue will be finalized and announced soon.

Talks with them have been going on since February this year; This was not possible due to the coronavirus situation.

Rudan said, “This is the first time that ‘Talpatar Sepai’ will be performing in Dhaka; They have a good fan base in Dhaka. ”

Pritam and Sumon have been singing together since 2011; In 2016, they released the first song under the band ‘Talpatar Sepai’.

The band has since released a number of songs, including “Mosquito Kiss”, “In the City of the Moon”, and “I’m Just Finding Me”.

The music for the movie ‘Chong Chong’, which is awaiting release in Tollywood, has been directed by ‘Talpatar Sepai’.