Headlines
Redwan Rahman graduates from FilmdomThe local government minister has instructed to cut the road if necessary to remove the waterRequest to withdraw closure shop at night till EIDThe days of the Western monolithic world are over: PutinLeaders of Germany, France, and Italy in Kyiv to express solidarity‘Presidents of two countries call and pressurized Mbappé’Two U.S. citizens are thought to be missing or taken prisoner in UkraineCOVID: The technical committee suggested lifting some restrictionsPetrol prices hit record highs in the USCanada wants a stern warning against cigarettesThe task force to protect the mountains, demanded the formation of a speedy trial tribunalDepot fire: CID tries to find the cause on CCTVRussian passports are being issued in occupied UkraineFire on Parabat Express: Railroad to Sylhet is normal after 4 hoursAnother 24 children died in Mariupol, Ukraine said
Home Country Launch stopped in Shimulia in hostile weather, ferry operation continues
Facebook
Twitter
WhatsApp
Print 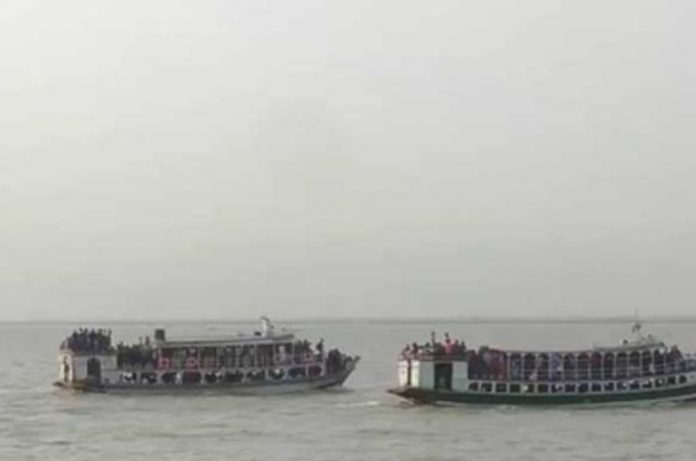 Munshiganj Representative: Launch movement from Shimulia in Munshiganj to Banglabazar and Majhirkandi waterways has been suspended due to fear of Kalbaishakhi storm and rising river; However, ferry traffic is normal.

The co-port official at Mawa Ghat told bdnews24.com: Miking has also been done in this regard. In the presence of the executive magistrate at the wharf, the launch passengers were dropped off and taken to the ferry. ”

The official also said that the launch operation would be suspended till further notice due to the threat of Kalbaishakhi and the incoming naval warning signal number two on the inland waterway at Shimulia river port.

There were 75 launches plying daily from Shimulia on these two waterways. At other times it was moving from 6 am to 8 pm, but due to Eid, it was moving till 10 pm till 15th May. But due to inclement weather, the launch was closed from 9 pm on Friday.

However, the traffic resumed from 8 am. The launches make about 300 trips before closing.

Meanwhile, the ghat authorities said that about 50,000 people have crossed the Padma using this port.