Headlines
Redwan Rahman graduates from FilmdomThe local government minister has instructed to cut the road if necessary to remove the waterRequest to withdraw closure shop at night till EIDThe days of the Western monolithic world are over: PutinLeaders of Germany, France, and Italy in Kyiv to express solidarity‘Presidents of two countries call and pressurized Mbappé’Two U.S. citizens are thought to be missing or taken prisoner in UkraineCOVID: The technical committee suggested lifting some restrictionsPetrol prices hit record highs in the USCanada wants a stern warning against cigarettesThe task force to protect the mountains, demanded the formation of a speedy trial tribunalDepot fire: CID tries to find the cause on CCTVRussian passports are being issued in occupied UkraineFire on Parabat Express: Railroad to Sylhet is normal after 4 hoursAnother 24 children died in Mariupol, Ukraine said
Home More Environment Legal notice to 21 officials of Sunamganj to stop stone breaking machine
Facebook
Twitter
WhatsApp
Print 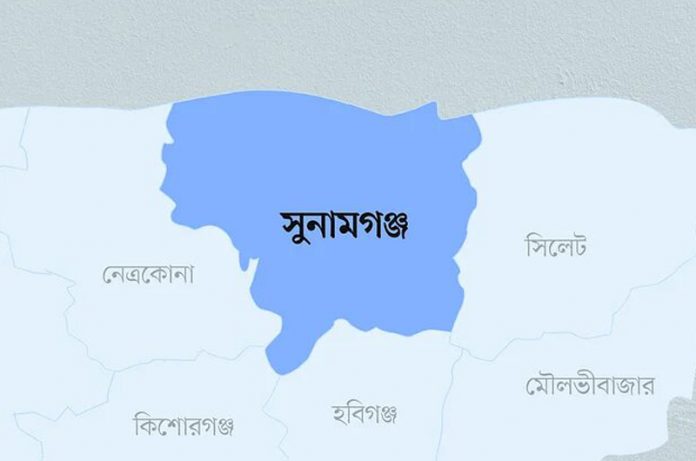 Bela Sylhet Divisional Coordinator Shah Shaheda Akhter confirmed the notice. The notice requested these persons to take necessary steps to stop the use of these unauthorized crusher machines which are harmful to the environment and public health and at the same time inform them of the steps taken within seven days of receiving the notice. Otherwise, legal action will be taken against them, the notice said.

According to the notice, stone-breaking machines are operating in four upazilas of Sunamganj without approval. These machines have been set up in Sadar, Chhatak, Tahirpur, and Jamalganj upazilas of the district on the banks of Surma river, Chalati river, Jadukata river, Rakti river, Boulai river, Laudergarh and Anwarpur areas of Tahirpur. As well as causing serious noise pollution, the damage to nature, the environment, and public health are due to the placement of these everywhere. Due to this, there is a negative impact on education activities, socioeconomic, and agriculture. Although there is a policy to set up stone-breaking machines, these are not being followed in Sunamganj. Approval or license of the appropriate authority for setting up these machines, environmental clearance was supposed to be taken, but these were not taken.

In this context, Sunamganj Deputy Commissioner. Jahangir Hossain said that steps have been taken to bring them under one discipline. These machines are being listed at the upazila level. People’s livelihood is involved with this. However, in order not to harm the environment and people, everyone must be aware. The matter will be taken seriously.