Headlines
The local government minister has instructed to cut the road if necessary to remove the waterRequest to withdraw closure shop at night till EIDThe days of the Western monolithic world are over: PutinLeaders of Germany, France, and Italy in Kyiv to express solidarity‘Presidents of two countries call and pressurized Mbappé’Two U.S. citizens are thought to be missing or taken prisoner in UkraineCOVID: The technical committee suggested lifting some restrictionsPetrol prices hit record highs in the USCanada wants a stern warning against cigarettesThe task force to protect the mountains, demanded the formation of a speedy trial tribunalDepot fire: CID tries to find the cause on CCTVRussian passports are being issued in occupied UkraineFire on Parabat Express: Railroad to Sylhet is normal after 4 hoursAnother 24 children died in Mariupol, Ukraine saidBelayet, who is in his fifties, has been given a good admission test against young
Home Economy LPG prices rose 22 percent
Facebook
Twitter
WhatsApp
Print 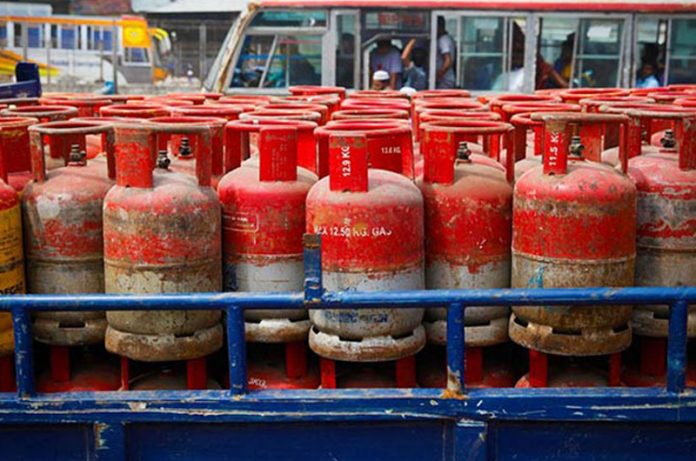 Staff Reporter: The price of liquefied petroleum gas or LPG sold in cylinders in the domestic market was increased for the fourth month in a row at the request of private marketing companies.

The Bangladesh Energy Regulatory Commission (BERC) on Sunday increased the price of LPG per kg, including VAT, from TK 7.08 per kg to TK 104.92. In other words, the price per kg increased by 22 percent.

According to him, the most expensive 12 kg LPG cylinder in the country in October will cost 1259 rupees including VAT, which was 1033 rupees in September.

To keep pace with the international market, BERC has been announcing new LPG prices every month in line with Saudi Aramco’s propane and butane prices.

The new rates were set at the second hearing in a year at the request of private marketing companies, raising operating costs.

During the hearing at the Bangladesh Energy Regulatory Commission at the TCB building in Karwanbazar, some rules were also changed.

BERC chairman Abdul Jalil said the contract price or CP of Saudi Aramco’s propane and butane for October was ৮ 800 and ৫ 695 per metric tonne, respectively. The average price of a mixture of propane and butane (35:65) is ৬ 798, 75 per ton.

As the new announcement has had an impact on fuel prices in the international market, it has also raised the operating costs of companies.

The BERC chairman said, “The price of propane and butane rose by an average of ড 140 per tonne in October compared to August. As a result, the price of LPG per 12 kg has increased by TK 158 including VAT. ”