Headlines
Redwan Rahman graduates from FilmdomThe local government minister has instructed to cut the road if necessary to remove the waterRequest to withdraw closure shop at night till EIDThe days of the Western monolithic world are over: PutinLeaders of Germany, France, and Italy in Kyiv to express solidarity‘Presidents of two countries call and pressurized Mbappé’Two U.S. citizens are thought to be missing or taken prisoner in UkraineCOVID: The technical committee suggested lifting some restrictionsPetrol prices hit record highs in the USCanada wants a stern warning against cigarettesThe task force to protect the mountains, demanded the formation of a speedy trial tribunalDepot fire: CID tries to find the cause on CCTVRussian passports are being issued in occupied UkraineFire on Parabat Express: Railroad to Sylhet is normal after 4 hoursAnother 24 children died in Mariupol, Ukraine said
Home Headlines Malaysia is lifting the ban on foreign workers
Facebook
Twitter
WhatsApp
Print 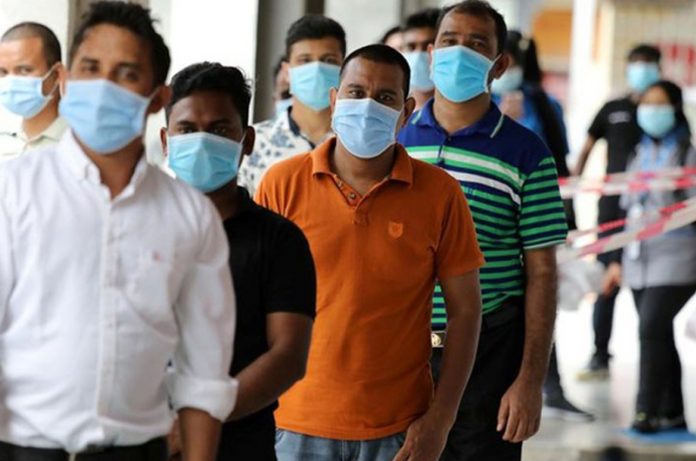 News Desk: Malaysia is set to allow foreign workers to return to work after being out of the coronavirus epidemic for nearly a year and a half.

The government’s epidemic task force has agreed to allow foreign workers to return to Malaysia, Prime Minister Ismail Sabri Yakub said, according to a Reuters report on Friday.

Malaysia’s main industries, palm oil production plantations, and rubber gloves factories, depend on foreign workers. Many workers in Bangladesh work in these industries.

About 6 lakh Bangladeshis live in Malaysia, a country in Southeast Asia. From them, remittances of 123 crores 13 lakh dollars came to the country in the 2019-20 financial year.

When the coronavirus epidemic started at the beginning of last year, many Bangladeshis returned from Malaysia, like many expatriate workers. But as the Malaysian government blocked the return of foreigners, they were in trouble.

However, he said no decision has yet been taken on quotas for migrant workers in other industries and the date of their entry.

According to Reuters, about 2 million foreign workers are on the legal list in Malaysia for everything from making gloves and iPhone parts.

Malaysia, the world’s second-largest palm oil producer, was hit by a labor crisis. Last month, the country’s government said it would focus on bringing back 32,000 workers to palm plantation work.

The owners of the rubber gloves industry also appealed to the government to bring back foreign workers this year and next.

Malaysia will allow some foreign tourists to vacation on the tropical island of Lankaui in mid-November. For the first time since the epidemic, its borders will be opened to foreign tourists.

He said tourists must have a negative Covid-19 test result and have travel insurance of 80,000 Dollars.