Headlines
Redwan Rahman graduates from FilmdomThe local government minister has instructed to cut the road if necessary to remove the waterRequest to withdraw closure shop at night till EIDThe days of the Western monolithic world are over: PutinLeaders of Germany, France, and Italy in Kyiv to express solidarity‘Presidents of two countries call and pressurized Mbappé’Two U.S. citizens are thought to be missing or taken prisoner in UkraineCOVID: The technical committee suggested lifting some restrictionsPetrol prices hit record highs in the USCanada wants a stern warning against cigarettesThe task force to protect the mountains, demanded the formation of a speedy trial tribunalDepot fire: CID tries to find the cause on CCTVRussian passports are being issued in occupied UkraineFire on Parabat Express: Railroad to Sylhet is normal after 4 hoursAnother 24 children died in Mariupol, Ukraine said
Home Sports Malinga’s top visa surpassed him on his retirement day
Facebook
Twitter
WhatsApp
Print 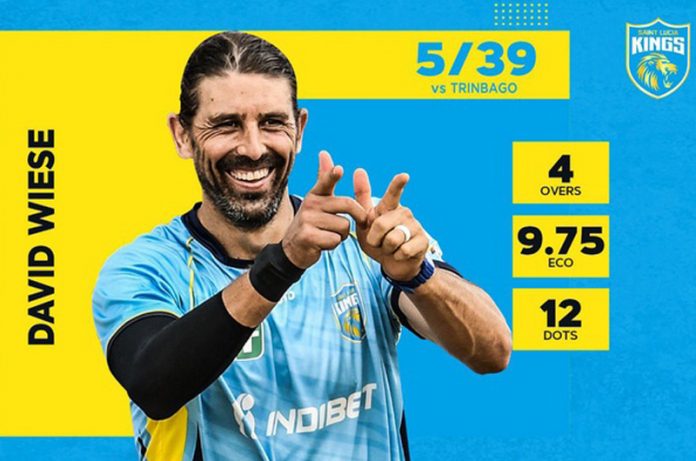 Sports Desk: Lasith Malinga was in the headlines in the world of cricket when he announced his retirement from all forms of cricket. In the Caribbean Premier League (CPL), David Visa reminded him once again. In a record, Visa pushed Malinga to the top with two.

Visa took 5 for 39 against Trincomalee Knight Riders for the St. Lucia Kings in the first semi-final of the CPL on Tuesday.

He tasted 5 wickets 6 times in the recognized T20. The pace bowling all-rounder is now the lone top batsman with a record of 5 wickets.

Malinga, who has been at the top for 5 wickets with 5 wickets, went down to two.

After playing international cricket for South Africa, the match has been memorable for Namibia’s place in the upcoming T20 World Cup. In the first half of the match, he played an unbeaten innings of 34 runs off 21 balls. His team St. Lucia scored 205 runs in 20 overs.

He later became the man of the match with 5 wickets. St. Lucia reached the final of CPL with a victory of 21 runs.