Headlines
Redwan Rahman graduates from FilmdomThe local government minister has instructed to cut the road if necessary to remove the waterRequest to withdraw closure shop at night till EIDThe days of the Western monolithic world are over: PutinLeaders of Germany, France, and Italy in Kyiv to express solidarity‘Presidents of two countries call and pressurized Mbappé’Two U.S. citizens are thought to be missing or taken prisoner in UkraineCOVID: The technical committee suggested lifting some restrictionsPetrol prices hit record highs in the USCanada wants a stern warning against cigarettesThe task force to protect the mountains, demanded the formation of a speedy trial tribunalDepot fire: CID tries to find the cause on CCTVRussian passports are being issued in occupied UkraineFire on Parabat Express: Railroad to Sylhet is normal after 4 hoursAnother 24 children died in Mariupol, Ukraine said
Home More Environment Massive damage caused by a tornado in Kansas
Facebook
Twitter
WhatsApp
Print 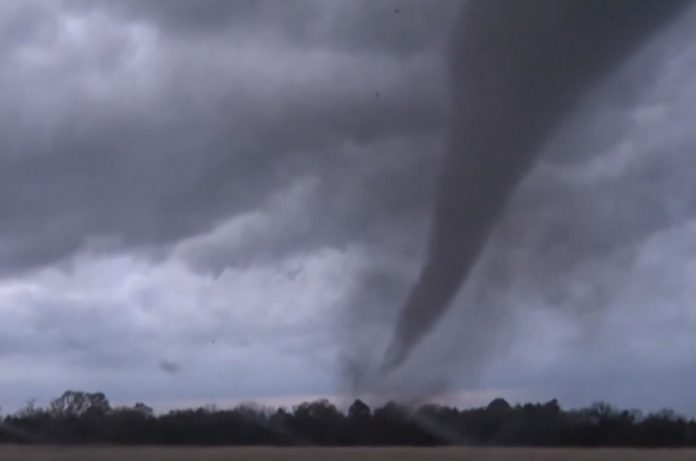 Md. Ashraful Islam: Video of the tornado hitting a part of the state of Kansas in the United States has been released. The video shows how the car building and house collapsed.

The mayor of Wichita said 50 to 100 structures were damaged, especially in the suburbs of Andover.

However, no serious injuries have been reported so far.

At a news conference on Saturday morning, local officials said no deaths had been reported, despite the damage to buildings and vehicles.

Fire Chief Chad Russell told local news that “the good news is that the number of injuries was lower than we expected last night.” “We have no reports of casualties … We have no due rescue operations, so we know there are no people trapped in any building at the moment who are waiting for us to rescue them.”

The situation is being assessed and aircraft and drones are being deployed for the damage survey. And volunteers have been urged to stay away from the area due to power outages.

Greater Wichita YMCA posted on Facebook: “The Andover YMCA branch suffered severe damage this evening as a result of a storm that hit the Andover area.”

“We are grateful that all the staff and members who took refuge in the branch during the storm were not injured.”

According to the Energy Outage Map, more than 22,000 customers were without direct electricity after the tornado.

Kansas is located in the center of “Tornado Alley” and is one of the most tornado-prone areas in the world according to the NWS.

Kansas has historically the highest tornado frequency from mid-April to late June, according to NWS data.

Andorra has just celebrated the 31st anniversary of a series of deadly twisters that killed 16 people and injured 225 in 1991. The EF5 Tornado – the strongest rating – hit the ground at 69 miles (111 km) and was one of 55 hurricanes to hit from Texas to Minnesota.