Headlines
The local government minister has instructed to cut the road if necessary to remove the waterRequest to withdraw closure shop at night till EIDThe days of the Western monolithic world are over: PutinLeaders of Germany, France, and Italy in Kyiv to express solidarity‘Presidents of two countries call and pressurized Mbappé’Two U.S. citizens are thought to be missing or taken prisoner in UkraineCOVID: The technical committee suggested lifting some restrictionsPetrol prices hit record highs in the USCanada wants a stern warning against cigarettesThe task force to protect the mountains, demanded the formation of a speedy trial tribunalDepot fire: CID tries to find the cause on CCTVRussian passports are being issued in occupied UkraineFire on Parabat Express: Railroad to Sylhet is normal after 4 hoursAnother 24 children died in Mariupol, Ukraine saidBelayet, who is in his fifties, has been given a good admission test against young
Home More Education Mayor Atik called for launching buses for school-college students
Facebook
Twitter
WhatsApp
Print 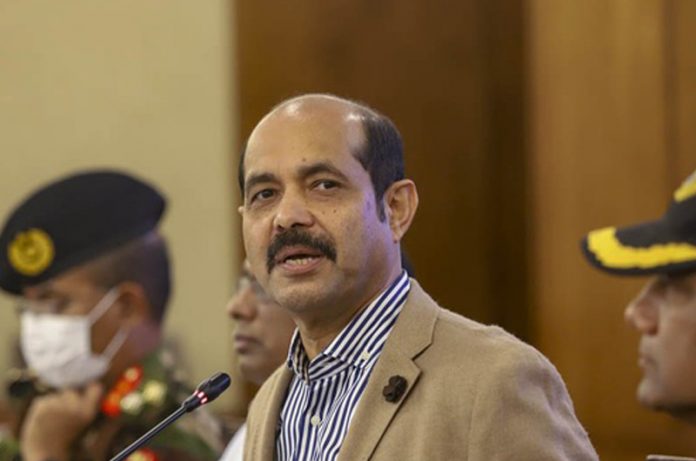 Staff Reporter: Dhaka North City Corporation Mayor Atiqul Islam has urged students to use buses instead of private cars to travel to school and college to reduce traffic congestion in the city.

He made the call on “Meet the Press” on Saturday, the two-year anniversary of his inauguration as mayor.

Atiqul Islam said, “Buses have to be introduced for private schools and colleges in Dhaka. Especially in English medium schools, we have noticed that there is a competition among school children for private cars. The kids talk about who owns what. This competition will end. As a result, traffic congestion will be significantly reduced.

“There is a tension among many about the safety of children,” he said. For the safety of the children, the chip/device will be placed in the bag of each child so that they can see the whereabouts of the child on their mobile phone at home. Then the parents will be able to see on the mobile where the child is. ”

‘Why can’t the bridge be demolished?’

Mayor Atiq also raised the question as to why the bridge-building and road building in Mohakhali could not be demolished if the BGME building at Karwan Bazar for Hatirjheel could be destroyed.

Blaming the old car parked in front of the police station for dengue, Mayor Atik said, “When I called the police station, they said, ‘These are signs of a case, they cannot be removed.’ I demand to the Hon’ble Court that now in the digital age, take pictures and video and make arrangements to keep the signs. Aedes mosquitoes originate from these vehicles. It stays there for a long time, the water freezes, and the Aedes mosquito originates. ”

He said that we have launched several programs to control dengue. We have a Rapid Action Team to control AIDS mosquitoes. The team will leave as soon as the information is given. Spray around your home to kill both larvae and mosquitoes. ”

The mayor said that the combing operation would start this week to control dengue. This is what we are doing, you do too. You clean at a specific time one day a week. Saturday is a holiday, clean your yard at least a little on this day.

“Combing operations will be carried out to control dengue from May 17 to May 26. Coronavirus has decreased. We don’t want dengue.”

“We have introduced a no-cash transaction system,” he said. Here, no customer has to pay direct holding tax. Officials get a chance to pay taxes directly.

“They then show different types of arrangements, especially the size of the flat, the size of the drawing-room, the size of the balcony. Due to this, a customer gets annoyed and goes straight to the contract. I am not keeping this system anymore. There will be no cash, the tax will be online, and no cash transaction system has been introduced. ”

The mayor said that a comprehensive plan has been taken to rescue the canal. Here the army has been given the responsibility. All the traditional canals of Dhaka will be brought back through demarcation. Pillars will be installed when the demarcation work is completed by drone. That pillar could fall on someone’s drawing-room, on someone’s porch, or even in the living room.

“Move those who are occupying the canal of Rupnagar. I will not give any valid notice to illegal occupants. I will rescue the canal without notice, please move away. We will rescue the Rupnagar canal and connect it to the Turag river so that water congestion can be reduced. ”