Headlines
The local government minister has instructed to cut the road if necessary to remove the waterRequest to withdraw closure shop at night till EIDThe days of the Western monolithic world are over: PutinLeaders of Germany, France, and Italy in Kyiv to express solidarity‘Presidents of two countries call and pressurized Mbappé’Two U.S. citizens are thought to be missing or taken prisoner in UkraineCOVID: The technical committee suggested lifting some restrictionsPetrol prices hit record highs in the USCanada wants a stern warning against cigarettesThe task force to protect the mountains, demanded the formation of a speedy trial tribunalDepot fire: CID tries to find the cause on CCTVRussian passports are being issued in occupied UkraineFire on Parabat Express: Railroad to Sylhet is normal after 4 hoursAnother 24 children died in Mariupol, Ukraine saidBelayet, who is in his fifties, has been given a good admission test against young
Home Entertainment Megan’s strange illness
Facebook
Twitter
WhatsApp
Print 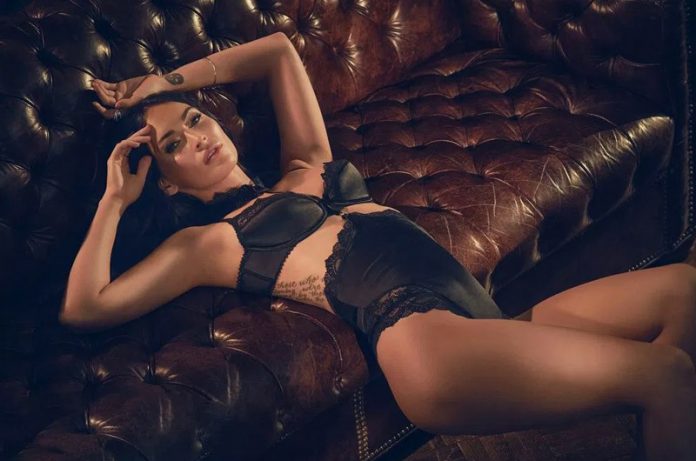 Entertainment Desk: Her name has appeared more than once on the list of top beauties of the world. In an interview with the British magazine GQ, Hollywood actress Megan Fox admitted, “Yes, I have” body dysmorphia. ” I was very insecure about my body. ‘

Body dysmorphia is a mental illness in which one is always worried about any inconsistency or weakness in one’s body. Sometimes this inconsistency he wants to hide or conceal. This state of mind often creates discomfort. Makes life miserable. Megan has said many things with an open mind to that magazine. He said, ‘We look at someone’s body and think, oh man, how beautiful! How easy their life is. Maybe they don’t think that way about themselves. ‘

However, the actress did not elaborate on how this insecurity was created in her body. Earlier, he said he had problems with mental health. In 2009, ‘Jennifer’s Body’ seemed to tell the story of Megan’s own life. Because he has always been presented as ‘sexualized’ in films and media. “It wasn’t just a movie,” said Megan. This is every day of my life. All my days were like the films I worked on, the producers I worked with. ‘

Megan also talks about her relationship with her boyfriend, Machine Song Kelly. He said, ‘The first time I looked into his eyes, I thought I knew you. I have known for a long time. I know in many ways. Furthermore, I know a lot about life. ‘

Megan Fox starred with boyfriend Kelly in Midnight in the Switchgrass. Although there are many rumors in the market about the love between the two, Megan doesn’t pay attention to them. He also opened his mouth a few times. There were complaints, there are children in the Machine Gun Kelly! Megan doesn’t care about anything. They are waiting to get married.