Headlines
Redwan Rahman graduates from FilmdomThe local government minister has instructed to cut the road if necessary to remove the waterRequest to withdraw closure shop at night till EIDThe days of the Western monolithic world are over: PutinLeaders of Germany, France, and Italy in Kyiv to express solidarity‘Presidents of two countries call and pressurized Mbappé’Two U.S. citizens are thought to be missing or taken prisoner in UkraineCOVID: The technical committee suggested lifting some restrictionsPetrol prices hit record highs in the USCanada wants a stern warning against cigarettesThe task force to protect the mountains, demanded the formation of a speedy trial tribunalDepot fire: CID tries to find the cause on CCTVRussian passports are being issued in occupied UkraineFire on Parabat Express: Railroad to Sylhet is normal after 4 hoursAnother 24 children died in Mariupol, Ukraine said
Home Entertainment Mithila’s Bollywood movie is going to be released on November
Facebook
Twitter
WhatsApp
Print 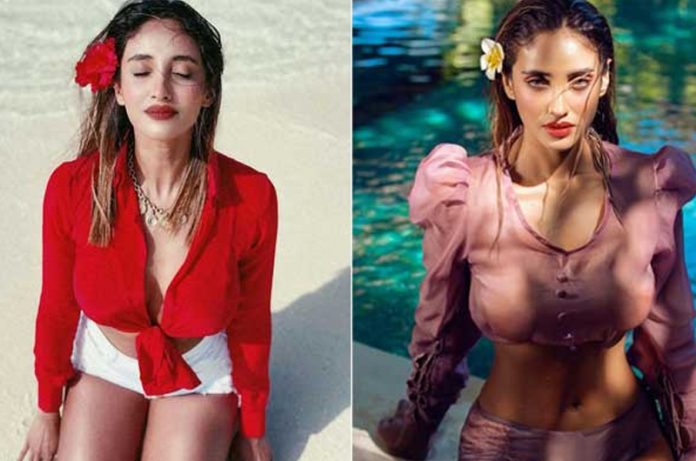 Mithila said that the movie will be released on Apple TV on November 15.

Earlier, on August 23, the film was cleared by the Censor Board of India.

‘Rohingya’ is Haider Khan’s first film as a director; He has previously worked as an assistant director in several Bollywood movies. Also known as a photographer.

Starring in ‘Mr. Bhutan’; Who has acted in Salman Khan’s Radhe movie.

Apart from ‘Rohingya’, Mithila has written her name in two more Bangladeshi movies; He is aware that the film production company will officially announce the movies.

After winning ‘Miss Universe Bangladesh-2020’, the authorities withdrew the name of model Tanzia Zaman Mithila from the main competition at the last minute before she crossed into the United States due to various reasons including visa complications due to travel ban.