Headlines
Redwan Rahman graduates from FilmdomThe local government minister has instructed to cut the road if necessary to remove the waterRequest to withdraw closure shop at night till EIDThe days of the Western monolithic world are over: PutinLeaders of Germany, France, and Italy in Kyiv to express solidarity‘Presidents of two countries call and pressurized Mbappé’Two U.S. citizens are thought to be missing or taken prisoner in UkraineCOVID: The technical committee suggested lifting some restrictionsPetrol prices hit record highs in the USCanada wants a stern warning against cigarettesThe task force to protect the mountains, demanded the formation of a speedy trial tribunalDepot fire: CID tries to find the cause on CCTVRussian passports are being issued in occupied UkraineFire on Parabat Express: Railroad to Sylhet is normal after 4 hoursAnother 24 children died in Mariupol, Ukraine said
Home Headlines Monkeypox ‘moderate risk’ to global public health: WHO
Facebook
Twitter
WhatsApp
Print 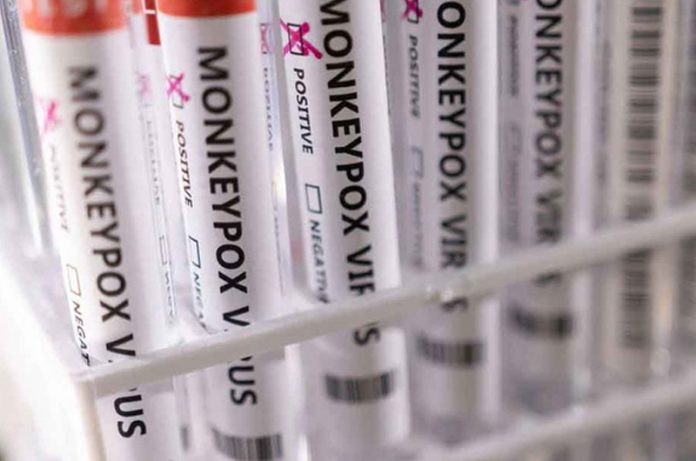 Monkeypox patients are being identified in countries around the world where the disease is not commonly seen. The agency issued the warning on Sunday.

The World Health Organization (WHO) says that if the virus spreads to children and the immune system, it could pose a major public health risk.

In a statement, the WHO said that as of May 26, 257 monkeypox had been identified in 23 countries around the world. Moreover, it is suspected that 120 more people have been infected with the disease.

However, no deaths have been reported so far. The World Health Organization (WHO) says the sudden onset of the disease in different countries indicates that it has been contagious for some time and has recently been on the rise.

The agency also said that due to increased surveillance in this situation, more people will be able to identify monkeypox in different countries in the coming days.

Although monkeypox is a contagious disease, its symptoms are usually mild. Outbreaks appear to be exacerbated in the central and western parts of the African continent. The disease is transmitted to other people through close contact with an infected person.

As a result, it is possible to control monkeypox by following hygiene rules like COVID and using isolation methods. Most monkeypox has been identified so far in the United Kingdom, Spain, and Portugal.