Headlines
The local government minister has instructed to cut the road if necessary to remove the waterRequest to withdraw closure shop at night till EIDThe days of the Western monolithic world are over: PutinLeaders of Germany, France, and Italy in Kyiv to express solidarity‘Presidents of two countries call and pressurized Mbappé’Two U.S. citizens are thought to be missing or taken prisoner in UkraineCOVID: The technical committee suggested lifting some restrictionsPetrol prices hit record highs in the USCanada wants a stern warning against cigarettesThe task force to protect the mountains, demanded the formation of a speedy trial tribunalDepot fire: CID tries to find the cause on CCTVRussian passports are being issued in occupied UkraineFire on Parabat Express: Railroad to Sylhet is normal after 4 hoursAnother 24 children died in Mariupol, Ukraine saidBelayet, who is in his fifties, has been given a good admission test against young
Home Headlines More than 23,000 Russian soldiers killed in Ukraine war: Zelensky
Facebook
Twitter
WhatsApp
Print 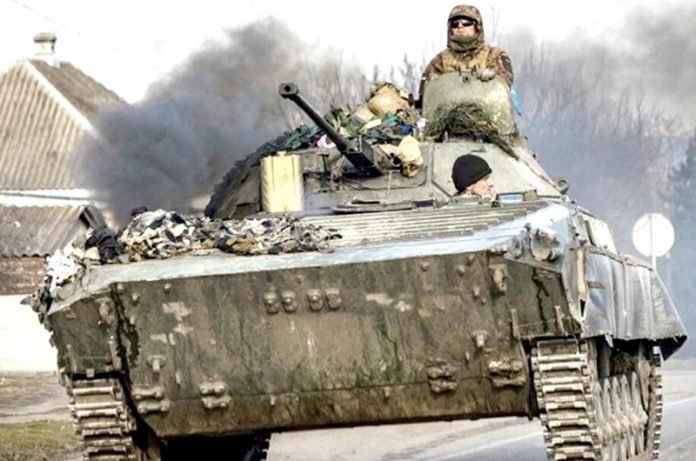 News Desk: More than 23,000 Russian troops have been killed in the Ukraine war. Ukraine’s President Volodymyr Zelensky says Russia has lost more than 23,000 troops in a vain attack on his country. This information was given in a report by Al Jazeera.

In a recent video, Zelensky said that Ukraine had destroyed more than a thousand Russian tanks. In addition, the country’s 200 planes and about two and a half thousand military vehicles were destroyed in the conflict.

Russia launched a surprise attack on Ukraine on February 24. The conflict between the two sides has been going on since then.

Meanwhile, Hollywood actress Angelina Jolie paid a surprise visit to Lviv, Ukraine. He went to a railway station there and met the displaced people.

The 48-year-old actress is working as a special envoy of the United Nations High Commissioner for Refugees.

The United Nations says 12.7 million people have been forced to flee their homes in Ukraine over the past two months.