Headlines
Redwan Rahman graduates from FilmdomThe local government minister has instructed to cut the road if necessary to remove the waterRequest to withdraw closure shop at night till EIDThe days of the Western monolithic world are over: PutinLeaders of Germany, France, and Italy in Kyiv to express solidarity‘Presidents of two countries call and pressurized Mbappé’Two U.S. citizens are thought to be missing or taken prisoner in UkraineCOVID: The technical committee suggested lifting some restrictionsPetrol prices hit record highs in the USCanada wants a stern warning against cigarettesThe task force to protect the mountains, demanded the formation of a speedy trial tribunalDepot fire: CID tries to find the cause on CCTVRussian passports are being issued in occupied UkraineFire on Parabat Express: Railroad to Sylhet is normal after 4 hoursAnother 24 children died in Mariupol, Ukraine said
Home More Court Munia’s sister has filed a case of ‘rape and murder’ against 6...
Facebook
Twitter
WhatsApp
Print 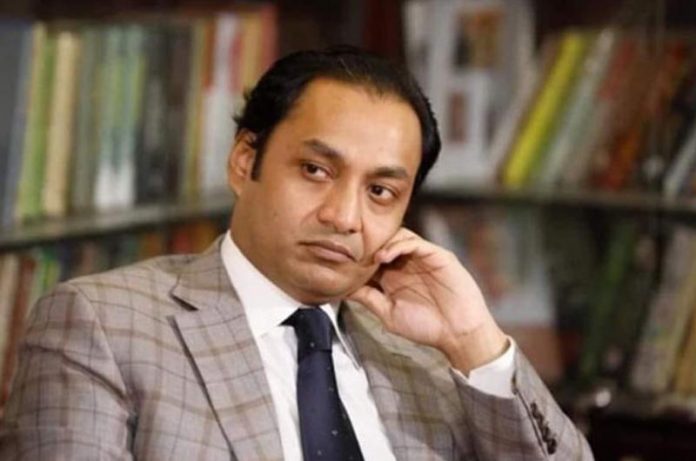 The case was filed in the court of Begum Mafruza Parveen, a judge of Dhaka’s No. 8 Women and Child Abuse Suppression Tribunal, on Monday.

Asked what was alleged in the case, plaintiff’s lawyer Masud Salauddin said, He was later brutally murdered without getting married. And others accused including his family members helped in this. ”

“We have charged eight people,” he said. The court has directed the PBI to investigate the case.

Police recovered the body of 21-year-old Mosharat Jahan Munia from a flat in Gulshan, Dhaka, on the night of April 26.
That night, the girl’s sister Nusrat Jahan Tania filed a case against Anvir at Gulshan police station, alleging incitement to suicide.

It is said that Sayem Sobhan Anvi had a relationship with Munia by showing the ‘temptation of marriage’. He used to travel to that house. But without getting married, he gave the opposite ‘threat’ to Munia.

The MD of Bashundhara Group never spoke to the media about that allegation. The police submitted a final report to the court on July 19 stating that no ‘involvement’ was found in Munia’s death.

Munia’s sister Nusrat Jahan Tania, the plaintiff in the case, expressed distrust in the police report and sought an inquiry into the case through another Keno agency. Dismissing it, Dhaka Metropolitan Magistrate Rajesh Chowdhury accepted the final report on August 16 and acquitted Sayem Sobhan Anvir of the charges.

Barrister M Sarwar Hossain, one of the plaintiff’s lawyers, said that day, “We will seek a revision in the high court. We already knew such orders. ”

Munia was a second year student of Mirpur Cantonment Public School and College in Dhaka. His home is at Manoharpur in Comilla; The family lives there. He got up in the flat rented for one lakh rupees a couple of months before his death.

After recovering Munia’s body, the police recovered various signs including his mobile phone, including six diaries. The police at the time also said that they had found ‘evidence’ of Anveer’s journey to Munia’s flat by examining the CCTV video.

However, at the end of the investigation, the police said that Anvir was not involved in Munia’s ‘suicide’.