Headlines
The local government minister has instructed to cut the road if necessary to remove the waterRequest to withdraw closure shop at night till EIDThe days of the Western monolithic world are over: PutinLeaders of Germany, France, and Italy in Kyiv to express solidarity‘Presidents of two countries call and pressurized Mbappé’Two U.S. citizens are thought to be missing or taken prisoner in UkraineCOVID: The technical committee suggested lifting some restrictionsPetrol prices hit record highs in the USCanada wants a stern warning against cigarettesThe task force to protect the mountains, demanded the formation of a speedy trial tribunalDepot fire: CID tries to find the cause on CCTVRussian passports are being issued in occupied UkraineFire on Parabat Express: Railroad to Sylhet is normal after 4 hoursAnother 24 children died in Mariupol, Ukraine saidBelayet, who is in his fifties, has been given a good admission test against young
Home Technology Musk denies allegations of sexual harassment against Biman Bala
Facebook
Twitter
WhatsApp
Print 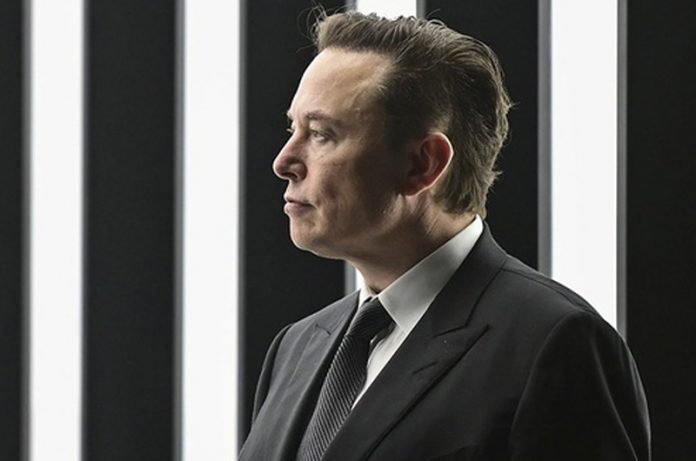 Technology Desk: One airline has been accused of ‘sexual harassment’ against prominent technology entrepreneur Elon Musk; The US media business insider has reported that the victim of SpaceX has paid two and a half million dollars as compensation to the woman.

However, Mask denied the allegations and called the complainant a “liar.”

The insider claimed that in exchange for 2.5 million in compensation, the airline had to make a “promise” that Musk and his two companies, SpaceX and Tesla, would not disclose any information and would not sue for sexual harassment.

Although he did not speak himself, a friend of his opened his mouth about it. Insider’s report claims that Insider was “confirmed” to have paid 2.5 million by analyzing documents and data.

Citing the victim’s friend, Insider wrote that the woman was one of the crews of the Gulf Stream G650ER aircraft in Musk. Musk would often call her to a private cabin and ask her to give him a body massage. SpaceX even persuaded the worker to get a valid massage license.

According to the Insider report, the pilot told his friend that he promised to buy a horse if he did something more than “massage” and “remove the lining of the lower part of the body” while taking a massage on a flight. In his private life, the airman liked to ride a horse, and Musk knew about it.

The victim’s friend told Insider that Bimanbala’s lawyer also took written statements from the friend when he entered into a compromise agreement with Elon Musk and SpaceX.

A friend of the airline also said that the airline was in a bad situation at work after rejecting Musk’s offer. After that incident, SpaceX reduced his shift. At one point, the woman became convinced that rejecting the mask was reducing her job opportunities.

According to a report by Business Insider, the airline formally complained to SpaceX’s human resources department in 2016. SpaceX initially tried to resolve the complaint through an arbitrator without taking any legal action.

Business Insider claims that Musk was present at the signing of the লাখ 2.5 million settlement. The terms of the agreement stipulated that the victim could not open his mouth in the case of Mask or his proprietary SpaceX or Tesla in exchange for compensation of two and a half million dollars, nor could he file a lawsuit alleging sexual harassment. In addition, the woman will not have the opportunity to open her mouth with the money received as compensation.

Business Insider writes that the airline’s friend did not seek permission from the woman before contacting them, as she felt that such incidents should be made public and that this did not apply to her, even if she was stuck in the airline’s contract.

Business Insider contacted Musk to discuss allegations of sexual harassment, the report said. Musk said in an email that he needed more time to respond and that “there is more to this story”. However, he claimed that the allegations were “politically motivated”.

The Business Insider commented that Musk did not contact the airline even though he gave more time to comment on the agreement.

However, Musk tweeted, “I’m challenging the liar, who claims his friend saw me naked. What he saw (spots or tattoos) is just a descriptive aspect that ordinary people do not know. He can’t do that, because nothing like that has ever happened. “

In another tweet, Musk said he expected political attacks on him to “increase significantly” in the coming months.

Political attacks on me will escalate dramatically in coming months

On the other hand, John Cook, one of the editors of Business Insider, tweeted that the “political attack” was made shortly after the media contacted him for his comments on the allegations of sexual harassment.

Technology site Verge writes that the flow of events on Twitter indicates that Musk was trying to divert readers’ attention before the release of Insider’s report.

An employee of SpaceX has complained that the company has not taken any effective action despite allegations of sexual harassment against a colleague.

In recent days, Elon Musk has made headlines. Elon Musk has been making headlines for almost a month now, with the birth of various dramas on the microblogging service Twitter.

Musk has also been named in the defamation suit filed by her ex-husband Johnny Depp against Hollywood star Amber Hard in Virginia, USA. Hard was allegedly involved in an extramarital affair with Mask before the divorce.