Headlines
Redwan Rahman graduates from FilmdomThe local government minister has instructed to cut the road if necessary to remove the waterRequest to withdraw closure shop at night till EIDThe days of the Western monolithic world are over: PutinLeaders of Germany, France, and Italy in Kyiv to express solidarity‘Presidents of two countries call and pressurized Mbappé’Two U.S. citizens are thought to be missing or taken prisoner in UkraineCOVID: The technical committee suggested lifting some restrictionsPetrol prices hit record highs in the USCanada wants a stern warning against cigarettesThe task force to protect the mountains, demanded the formation of a speedy trial tribunalDepot fire: CID tries to find the cause on CCTVRussian passports are being issued in occupied UkraineFire on Parabat Express: Railroad to Sylhet is normal after 4 hoursAnother 24 children died in Mariupol, Ukraine said
Home Country Myanmar’s military has not yet been contacted to repatriate Rohingya: Momen
Facebook
Twitter
WhatsApp
Print 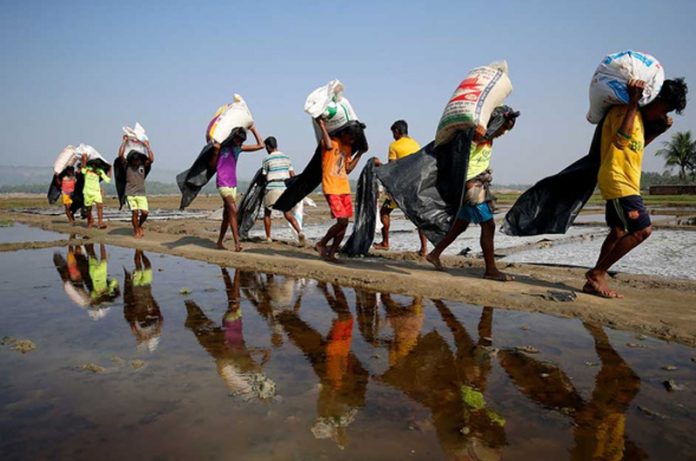 Staff Reporter: Although the military government of Myanmar has been in power for seven and a half months, Bangladesh has not yet made direct contact with them regarding the return of Rohingyas.

“As you know from the tripartite talks with China, we have no direct relationship with the new military government in Myanmar and with that government,” he said.

When Bangladesh signed an agreement with Myanmar about four years ago on Rohingya repatriation, Aung San Suu Kyi’s elected government was in power in the country.

The China-led tripartite talks between Bangladesh and Myanmar earlier this year saw a glimmer of hope in the Rohingya repatriation process, but it stalled with a change of power in the country in February.

On the current situation, Momen said, “China told us that the military government that has come, they are trying to stabilize first. Once they are stabilized, they will resume this discussion. ”

Bangladesh has been carrying the burden of another seven lakh Rohingyas for the last four years, along with the long four lakh.

They fled persecution in Myanmar after August 25, 2016.

Repatriation has not started even four years after Myanmar signed an agreement with Bangladesh to take them back. China, a ‘friend’ of the two countries, wanted to act as a mediator between Bangladesh and Myanmar installing the repatriation process.

Bangladesh last held a virtual meeting with Myanmar on January 19 under the mediation of China.

After the meeting, Bangladesh Foreign Secretary Masud bin Momen said he expected Rohingya repatriation to begin in the second quarter of the year.

But before the tripartite initiative could begin, the military overthrew Myanmar’s Suu Kyi government in February.

Asked about the possibility of a meeting between the foreign ministers of China, Myanmar, and Bangladesh on the sidelines of the UN General Assembly, Foreign Minister Momen said there was no progress on the tripartite initiative.

“So the UN has not yet decided who will represent Myanmar. Once the matter is settled, then there may be a possibility, with them or any tripartite discussion. We are waiting for their decision. ”

Stating that he was “optimistic” about repatriation despite seven-and-a-half months of negotiations, Foreign Minister Momen said: They will honor.

He said they would hold bilateral talks with Bangladesh. Will find a solution later. So we are still optimistic. ”

The Foreign Minister was asked whether the Rohingya issue was disappearing from the priorities of the international community due to the coronavirus epidemic and the crisis in Afghanistan.

He replied, “The Rohingya issue is not lost. You should be applauded, the word Rohingya is known all over the world. Political leadership Everyone knows what Rohingya is. কারণে The name Rohingya is known to world leaders because of our various activities, campaigns. This, I think, is a great achievement. The whole world now knows the picture that they have been tortured. There is no shortage of these.

“I’m hopeful, although no one has left yet, I hope one day they will return.”

Asked whether a new proposal on Rohingya repatriation would be taken up by the UN General Assembly, Momen said, “Our proposal is already on the table. They have taken the initiative to make ASEAN a new special envoy, we are in direct contact with them, and we are talking to them.

“In the side event that we will do on Rohingya, there are a lot of countries that will voluntarily join our side event.”

A meeting titled ‘Rohingya Crisis: Imperatives for a Sustainable Solution’ will be organized by Bangladesh on September 22 on the sidelines of the General Assembly.

Regarding the meeting, the Foreign Minister said that the OIC, ASEAN, and European countries have already responded to the organization of the event. In addition to Bangladesh, Gambia, Indonesia, Saudi Arabia, Turkey, the European Union, and the OIC are co-hosts of the event.

“We have entered the fifth year of the Rohingya problem, but in five years we have not been able to send anyone to Myanmar. But for Bangladesh, the return of Rohingyas to Myanmar is the number one priority issue. ”

It is planned to convey this statement of Bangladesh to the world through this event.

“Bangladesh will call on the world to stand by us, not just to talk, but to solve the Rohingya problem in the true sense of the word.”