Headlines
Redwan Rahman graduates from FilmdomThe local government minister has instructed to cut the road if necessary to remove the waterRequest to withdraw closure shop at night till EIDThe days of the Western monolithic world are over: PutinLeaders of Germany, France, and Italy in Kyiv to express solidarity‘Presidents of two countries call and pressurized Mbappé’Two U.S. citizens are thought to be missing or taken prisoner in UkraineCOVID: The technical committee suggested lifting some restrictionsPetrol prices hit record highs in the USCanada wants a stern warning against cigarettesThe task force to protect the mountains, demanded the formation of a speedy trial tribunalDepot fire: CID tries to find the cause on CCTVRussian passports are being issued in occupied UkraineFire on Parabat Express: Railroad to Sylhet is normal after 4 hoursAnother 24 children died in Mariupol, Ukraine said
Home Crime Mystery of the murder was revealed in two days: one of the...
Facebook
Twitter
WhatsApp
Print 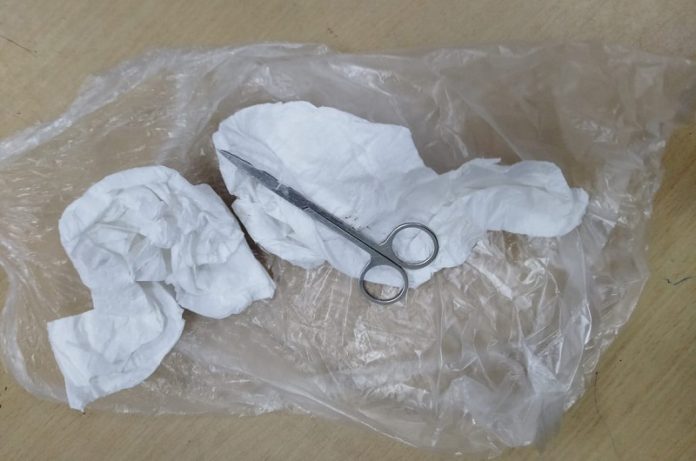 News Desk: Dhaka Metropolitan Police (DMP) Motijheel police have arrested the main accused in the murder case in the capital’s Motijheel in two days. The name of the arrested is Fahim.

Fahim was arrested from Motijheel area at 8 am on Wednesday (September 15, 2021).

Motijheel Police Station Officer-in-Charge Mohammad Yasir Arafat Khan told DMP News that a patrol of police rescued a seriously injured youth in front of the Pentagon Hotel at 36 North Kamalapur at 10:50 pm on September 13. Patrol police rushed the victim to the emergency department of Dhaka Medical College Hospital for treatment. The doctor on duty there declared the victim dead at 11:42 pm. Later, the name of the young man (victim) was known from the source of the mobile phone. The victim’s name is Hriday alias Alif. Later, a murder case was filed at Motijheel police station on September 14 in the wake of the mother’s complaint.

The investigating officer of the case, Motijheel Police Station SI Mizanur Rahman, said on his mobile phone that after questioning the people around the Pentagon Hotel and analyzing various data, it was learned that the heart of the murdered victim was floating in the area. Another young man named Fahim got into a fight with the victim’s heart over a mobile phone. At one point in the fight, Fahim hit his heart with scissors.

Fahim was arrested from Jugantar Lane in Motijheel at 8 am on Wednesday (September 15, 2021) after analyzing various data, he said. According to his later information, the scissors used in the murder and the blood-stained T-shirt worn by Fahim were recovered from a pile of rubbish near the Siraj Bhaban in Motijheel.