Headlines
Redwan Rahman graduates from FilmdomThe local government minister has instructed to cut the road if necessary to remove the waterRequest to withdraw closure shop at night till EIDThe days of the Western monolithic world are over: PutinLeaders of Germany, France, and Italy in Kyiv to express solidarity‘Presidents of two countries call and pressurized Mbappé’Two U.S. citizens are thought to be missing or taken prisoner in UkraineCOVID: The technical committee suggested lifting some restrictionsPetrol prices hit record highs in the USCanada wants a stern warning against cigarettesThe task force to protect the mountains, demanded the formation of a speedy trial tribunalDepot fire: CID tries to find the cause on CCTVRussian passports are being issued in occupied UkraineFire on Parabat Express: Railroad to Sylhet is normal after 4 hoursAnother 24 children died in Mariupol, Ukraine said
Home Entertainment New surprises in the teaser of ‘Thor: Love and Thunder’
Facebook
Twitter
WhatsApp
Print 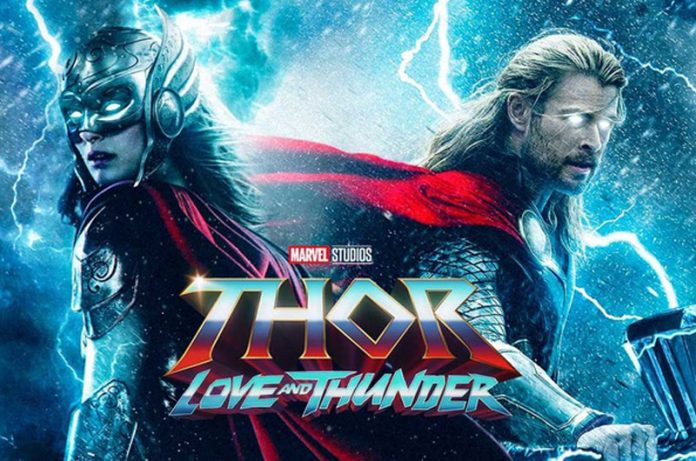 Entertainment Reporter: The first teaser for Marvel Studios’ new movie ‘Thor: Love and Thunder’ has been released; Where a woman has made her debut with the control of ‘Thor’s hammer’ as a surprise.

According to CNN, Thor is one of the most popular characters in Marvel Comics. The last movie of the Thor series is going to be released this summer, ending the weight of the fans.

The teaser features Hollywood star Chris Hemsworth as God Thor, Chris Pratt as Peter Quill in The Guardian of the Galaxy, and Tiza Thompson as Valkyrie. However, the story of the movie has not been clarified.

CNN writes that Marvel has increased the interest of the fans by keeping their privacy. However, there are indications from the teaser that the movie, which is awaiting release in July, will get the same touch of comedy-mystery-action as before.

In the teaser, when fans face Chirchena Thor, he is heard to say that he has given up superheroing and opted for a normal life with his alien friend Carg and their spacecraft.

But such a life of peace cannot last very long, isn’t it?

The villainous characters in space probably forced Thor to return from his leisure life. Although the teaser did not mention the cause of the crisis.

Some new characters in the movie aren’t even seen in the teaser – is Christian Bell one of them? – CNN has a question.

The teaser ends quite dramatically, with the last scene featuring Natalie Portman starring Jane Foster, who is set to debut as the female Thor, or (possibly) the character as a multiverse hero.

However, fans will probably have to wait till July 7 to know the whole story of the movie.