Headlines
Redwan Rahman graduates from FilmdomThe local government minister has instructed to cut the road if necessary to remove the waterRequest to withdraw closure shop at night till EIDThe days of the Western monolithic world are over: PutinLeaders of Germany, France, and Italy in Kyiv to express solidarity‘Presidents of two countries call and pressurized Mbappé’Two U.S. citizens are thought to be missing or taken prisoner in UkraineCOVID: The technical committee suggested lifting some restrictionsPetrol prices hit record highs in the USCanada wants a stern warning against cigarettesThe task force to protect the mountains, demanded the formation of a speedy trial tribunalDepot fire: CID tries to find the cause on CCTVRussian passports are being issued in occupied UkraineFire on Parabat Express: Railroad to Sylhet is normal after 4 hoursAnother 24 children died in Mariupol, Ukraine said
Home Entertainment Nipun said, the victory of truth; Zayed Khan said, I will file...
Facebook
Twitter
WhatsApp
Print 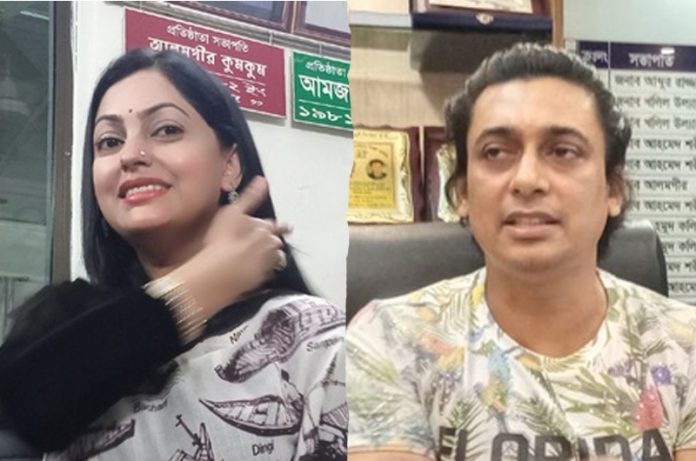 Entertainment Desk: Actress Nipun Akhter has expressed satisfaction over the decision of the Electoral Appeal Board for the post of General Secretary of Bangladesh Film Artists Association. On the other hand, actor Zayed Khan has threatened to file a case expressing his anger.

In last week’s election, Zayed Khan was declared the winner of the post of General Secretary, but the defeated Nipun was fighting against him.

Filmmaker Sohanur Rahman Sohan, chairman of the Election Appellate Board, on Saturday, reversed his decision in the wake of his allegations.

He announced the cancellation of his candidacy after finding evidence of vote-buying against Zayed.

Sohan said that as Zayed’s candidature was rejected, his closest candidate for the post of general secretary, Nipun, was declared the uncontested winner.

“I had a lot of documents,” he told reporters after the announcement. I have informed the Election Commission about everything since January 26, but it has not helped me. This time, the truth has won. Everyone will pray for me. ”

Zayed denied allegations that he had bought votes after the January 26 vote. He did not appear before the appellate board on Saturday.

Announcing that he would not abide by the decision of the Appellate Board, Zayed told reporters, “It is illegal, it is an unprecedented event in the world.

“It simply came to our notice then. I will file a case against them. “

Zayed, the two-time Secretary of the Shilpi Samiti, had earlier said, “The appeal board has been dissolved after January 29. The Appellate Board has no jurisdiction to decide on the matter. “

He also said that he has sent legal notices to five people including the chairman of the appellate board, Sohan.

As a result of the decision of the Appellate Board, now both of them are on the same panel in the top position in the Artists’ Association.

Actor Ilyas Kanchan has been elected as the president of this panel of Nipun.

The panel, led by Ilyas Kanchan and Nipun, challenged the two-time Misha Saudagar-Zayed Khan panel, which had won the Shilpi Samiti elections.

The day after the vote was announced on January 26, Elias Kanchan was declared the winner of the post of president and Zayed the post of general secretary.

The announced results show that Zayed Khan lost to Nipun by 13 votes after a fierce battle.

Nipun alleged that he bought votes with money during the election. He appealed without getting any response.

In his appeal, even though the vote was recounted, if the result was the same, he held a skillful press conference and demanded a re-vote for the post of general secretary.

He also threatened to go to court against Zayed Khan for allegedly buying votes with money.

He later applied to the Electoral Appeal Board to cancel the posts of Zayed Khan and Chunnu, a member of the executive council.

Sohan, the chairman of the appellate board, appealed to the social welfare ministry to know what to do.

In a letter sent from the ministry, the appellate board was instructed to take a decision on the matter and Sohan took the initiative to sit with the two parties on Saturday. Although Zayed did not go to it, the Appellate Board informed the decision.