Headlines
Redwan Rahman graduates from FilmdomThe local government minister has instructed to cut the road if necessary to remove the waterRequest to withdraw closure shop at night till EIDThe days of the Western monolithic world are over: PutinLeaders of Germany, France, and Italy in Kyiv to express solidarity‘Presidents of two countries call and pressurized Mbappé’Two U.S. citizens are thought to be missing or taken prisoner in UkraineCOVID: The technical committee suggested lifting some restrictionsPetrol prices hit record highs in the USCanada wants a stern warning against cigarettesThe task force to protect the mountains, demanded the formation of a speedy trial tribunalDepot fire: CID tries to find the cause on CCTVRussian passports are being issued in occupied UkraineFire on Parabat Express: Railroad to Sylhet is normal after 4 hoursAnother 24 children died in Mariupol, Ukraine said
Home Headlines OKAS: France has sent an envoy from the United States and Australia
Facebook
Twitter
WhatsApp
Print 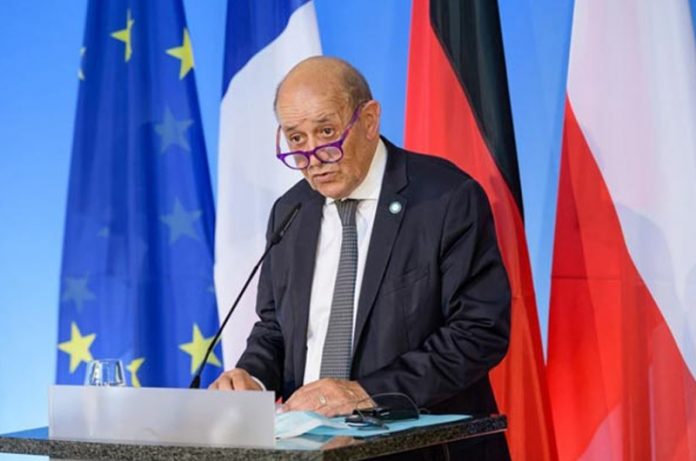 News Desk: Angered by the formation of a new tripartite security alliance in the Indo-Pacific region, France has summoned its ambassadors from the United States and Australia.

The sending of ambassadors from allied countries is very rare; This is the first time France has summoned an ambassador from the United States, according to the New York Times.

This is probably the first time that the French ambassador has been summoned from Australia, says the BBC.

The United Kingdom is also part of the newly formed Akas alliance with the United States and Australia. The new security alliance is aimed at curbing Beijing’s growing influence in the South China Sea.

Officials in the United States and the United Kingdom say they will provide technology to build nuclear-powered submarines to alliance partner Australia under a security agreement. They believe the move will play an effective role in countering the Chinese threat.

The move by Washington and London has angered China as well as France. The new security deal has scrapped a multi-billion dollar Australian submarine deal with France.

Reacting angrily, the French foreign minister said, “The United States and the United Kingdom have acted like a knife in France’s back.”

“Such a cruel, one-sided, and hasty decision reminds me of Trump,” he said, noting that US President Joe Biden was behaving like his predecessor, Donald Trump.

In a statement on Friday, French Foreign Minister Jean-Yves Le Drian said ambassadors from the two countries had been summoned at the request of President Emmanuel Macron.

A White House official said the Biden administration hoped the two countries would work together to resolve their differences in the coming days, despite regretting France’s move.