Headlines
Redwan Rahman graduates from FilmdomThe local government minister has instructed to cut the road if necessary to remove the waterRequest to withdraw closure shop at night till EIDThe days of the Western monolithic world are over: PutinLeaders of Germany, France, and Italy in Kyiv to express solidarity‘Presidents of two countries call and pressurized Mbappé’Two U.S. citizens are thought to be missing or taken prisoner in UkraineCOVID: The technical committee suggested lifting some restrictionsPetrol prices hit record highs in the USCanada wants a stern warning against cigarettesThe task force to protect the mountains, demanded the formation of a speedy trial tribunalDepot fire: CID tries to find the cause on CCTVRussian passports are being issued in occupied UkraineFire on Parabat Express: Railroad to Sylhet is normal after 4 hoursAnother 24 children died in Mariupol, Ukraine said
Home Sports Oman batsman in record book with 60 ball century
Facebook
Twitter
WhatsApp
Print 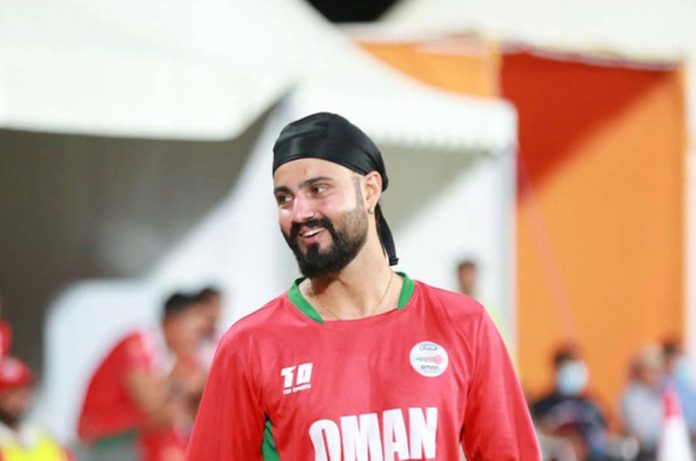 Sports Desk: The highest run in 11 ODIs is 72. Fifty is the same. This time the batsman of such a simple performance introduced himself anew. Oman’s opener Jatindar Singh gifted a record-breaking century in a devastating century.

Jatindar scored a 60-ball century in the ICC Cricket World Cup League Two match against Nepal in Muscat on Tuesday.

Kevin O’Brien of Ireland, however, holds the record for the fastest ODI century as an ally. He scored a century off 50 balls on the way to losing to England in the 2011 World Cup. However, Ireland is now a full member country.

John Davison of Canada previously held the record for the fastest ODI century among the current allies.

In the 2003 World Cup against the West Indies, Davison scored a century off 8 balls in Centurion.

On the way to overtaking Davison, Jatinder’s storm started from the first over. Oman’s run chase started by holding Nepal to 198 runs. Jatindar started with a boundary in the first over by Sompal Kamir. In the next over, he hit four sixes to Vikram.

In the fifth over, Kami was bowled out by Jatinder for three fours and 30 runs in six overs. Later, Karan Casey hit fifty off two boundaries off just 21 balls.

He could not touch the record of the fastest ODI fifty among the batsmen of the allied countries for a short while. Richie Barrington of Scotland holds the record for the most number of balls.

Even after the fifth, he kept running at the speed of the storm. Karan took 20 runs in one over, with three fours and one six. Susan Bhari hit a six.

He scored 90 runs with only 40 balls. Probably because it is close to a hundred, then proceed very carefully. It takes 20 balls to make the next 10 runs.

From 99, he finally set foot on the boundary with the ball of Kushal Malla. The next ball of the century hit another boundary and got out in the next ball.

The work of Jatindar and Oman, however, was a bit easier, as Nepal’s star leg-spinner Sandeep Lamichan was injured and could not bowl.

As the name suggests, Jatinder Singh’s roots are in India. He was born in 1969 in Ludhiana, Punjab. But growing up in Oman. He has played for Oman at all levels, starting from the under-19 team.