Headlines
Redwan Rahman graduates from FilmdomThe local government minister has instructed to cut the road if necessary to remove the waterRequest to withdraw closure shop at night till EIDThe days of the Western monolithic world are over: PutinLeaders of Germany, France, and Italy in Kyiv to express solidarity‘Presidents of two countries call and pressurized Mbappé’Two U.S. citizens are thought to be missing or taken prisoner in UkraineCOVID: The technical committee suggested lifting some restrictionsPetrol prices hit record highs in the USCanada wants a stern warning against cigarettesThe task force to protect the mountains, demanded the formation of a speedy trial tribunalDepot fire: CID tries to find the cause on CCTVRussian passports are being issued in occupied UkraineFire on Parabat Express: Railroad to Sylhet is normal after 4 hoursAnother 24 children died in Mariupol, Ukraine said
Home Economy Pandora Papers: 2 more companies with Bangladeshi addresses, 3 names
Facebook
Twitter
WhatsApp
Print 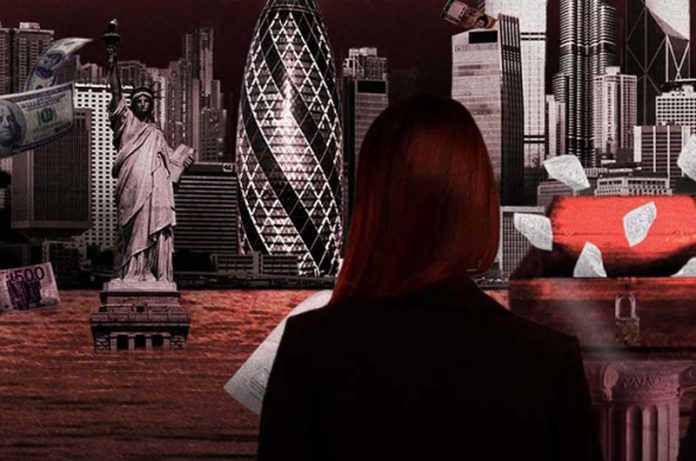 Md. Ashraful Islam: Pandora Papers, which has sparked a worldwide discussion by leaking information about the secret assets and transactions of the rich in Korsvarg, has released a final list of three new address users in Bangladesh.

In this document, the number of people opening offshore companies using Bangladeshi addresses stood at 11.

One of the last three to be named was a woman and the other two used the same address to open the company on the same date, according to a list released by the ICJ on Tuesday.

Among the 9,000 offshore company documents leaked by the International Consortium of Investigative Journalists (ICIJ) on Tuesday are Hedayet Ullah, S. Rumi Saifullah, and Shaheda Begum Shanti.

According to the ICIJ website, Hedayet and Saifullah have given the address of the same house in the capital Dhaka, which is located on the northern road of Baridhara DOHS. In the name of both of them, information has been published about the opening of the same company named Transglobal Consulting (HK) Limited of Hong Kong in March 2018.

On the other hand, Shaheda Begum Shanti gave the address of an apartment building named Spring Garden Tower in Shahjalal suburb of Sylhet city while opening the company. The name of his offshore company is Jass Limited. The company opening time was not mentioned.

Earlier, on December 8, the names of eight people were published in the list of names associated with Bangladesh. It turned out that all of them had registered companies in the British Virgin Islands using their Bangladeshi addresses.

In addition to the British Virgin Islands, Pandora Papers has published information about companies and tax evasion companies built by rich and influential people from different parts of the world as offshore companies in various countries and regions known as tax havens.

In the first phase, on October 3, 2021, Pandora’s box was opened by more than six hundred and fifty journalists with about 12 million documents from 95,000 offshore firms. After the publication of the list of the first step, it created a storm of discussion. Later on December 6, the list of the second phase was published. The final list was released on Tuesday.

The Coalition of Investigative Journalists published a huge list of 9,000 individuals and organizations investing in offshore companies on the night of December 7 and 9,000 on Tuesday.