Headlines
Redwan Rahman graduates from FilmdomThe local government minister has instructed to cut the road if necessary to remove the waterRequest to withdraw closure shop at night till EIDThe days of the Western monolithic world are over: PutinLeaders of Germany, France, and Italy in Kyiv to express solidarity‘Presidents of two countries call and pressurized Mbappé’Two U.S. citizens are thought to be missing or taken prisoner in UkraineCOVID: The technical committee suggested lifting some restrictionsPetrol prices hit record highs in the USCanada wants a stern warning against cigarettesThe task force to protect the mountains, demanded the formation of a speedy trial tribunalDepot fire: CID tries to find the cause on CCTVRussian passports are being issued in occupied UkraineFire on Parabat Express: Railroad to Sylhet is normal after 4 hoursAnother 24 children died in Mariupol, Ukraine said
Home Country Parimani went around the court before the time of appearance
Facebook
Twitter
WhatsApp
Print 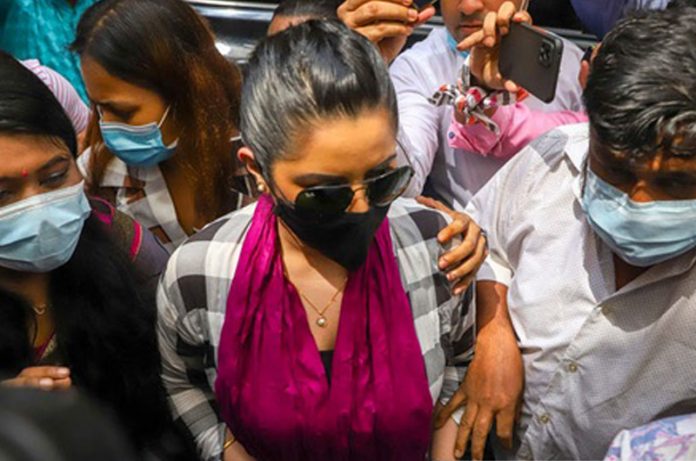 One of his lawyers, Nilanjana Refat Survi, said Parimani was in court again at noon to appear. And if he does not appear, time will apply for him.

According to the General Registration (GR) branch of the court, Parimani is scheduled to appear in the court of Metropolitan Magistrate Satyabrata Sikder.

Meanwhile, when Parimani appeared in the court before the scheduled time, a crowd of curious spectators and journalists gathered. He raised his hand with a smile and let the photographers take pictures.

At one point when the crowd grew he went out with the help of the court police for his own safety.

On the afternoon of August 4, RAB raided Parimani’s house in Banani and arrested her. The RAB said that a ‘huge amount’ of foreign liquor and drugs were seized from the house.

A case was filed against him under the Narcotics Act at Banani police station. In that case, the investigating officer interrogated him on remand for four days and then for two days.

He was sent to jail on August 13 after remand. Then on August 19, the court granted another day’s remand.

He was in jail at the end of the remand. Then on August 31, Dhaka Metropolitan Sessions Judge KM Imrul Kayesh granted him bail. The next day, Parimani returned home from Kashimpur jail.

CID police inspector Kazi Golam Mostafa is investigating the case. His investigation report is due on Wednesday.