Headlines
Redwan Rahman graduates from FilmdomThe local government minister has instructed to cut the road if necessary to remove the waterRequest to withdraw closure shop at night till EIDThe days of the Western monolithic world are over: PutinLeaders of Germany, France, and Italy in Kyiv to express solidarity‘Presidents of two countries call and pressurized Mbappé’Two U.S. citizens are thought to be missing or taken prisoner in UkraineCOVID: The technical committee suggested lifting some restrictionsPetrol prices hit record highs in the USCanada wants a stern warning against cigarettesThe task force to protect the mountains, demanded the formation of a speedy trial tribunalDepot fire: CID tries to find the cause on CCTVRussian passports are being issued in occupied UkraineFire on Parabat Express: Railroad to Sylhet is normal after 4 hoursAnother 24 children died in Mariupol, Ukraine said
Home Sports Pele returned from the hospital
Facebook
Twitter
WhatsApp
Print 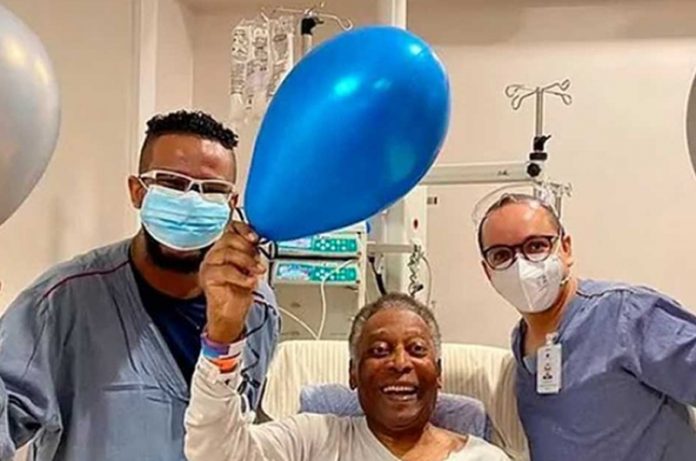 Sports Desk: Legendary footballer Pele has been discharged from the hospital for three days as part of routine treatment for a colon tumor. He was admitted to Albert Einstein Hospital in São Paulo last Tuesday.

According to doctors, Pele is in good health and stable.

Pele was taken to hospital in early September as part of a routine examination due to some physical problems. There he was diagnosed with a tumor in his colon and underwent surgery. He returned home in early October after a month in hospital. Since then, he has been undergoing regular chemotherapy.

Pele, who suffered minor injuries while playing for the Brazilian national team, Santos, and the New York Cosmos, is suffering at this age. The superstar, who has won three World Cups, is the only footballer who has been suffering from hip problems for years and cannot move without help.

After scoring 6 goals in 92 matches for Brazil, he is still the highest scorer in the history of the country. He is one of only four players to score in four World Cups.