Headlines
Redwan Rahman graduates from FilmdomThe local government minister has instructed to cut the road if necessary to remove the waterRequest to withdraw closure shop at night till EIDThe days of the Western monolithic world are over: PutinLeaders of Germany, France, and Italy in Kyiv to express solidarity‘Presidents of two countries call and pressurized Mbappé’Two U.S. citizens are thought to be missing or taken prisoner in UkraineCOVID: The technical committee suggested lifting some restrictionsPetrol prices hit record highs in the USCanada wants a stern warning against cigarettesThe task force to protect the mountains, demanded the formation of a speedy trial tribunalDepot fire: CID tries to find the cause on CCTVRussian passports are being issued in occupied UkraineFire on Parabat Express: Railroad to Sylhet is normal after 4 hoursAnother 24 children died in Mariupol, Ukraine said
Home Headlines Petrol prices hit record highs in the US
Facebook
Twitter
WhatsApp
Print 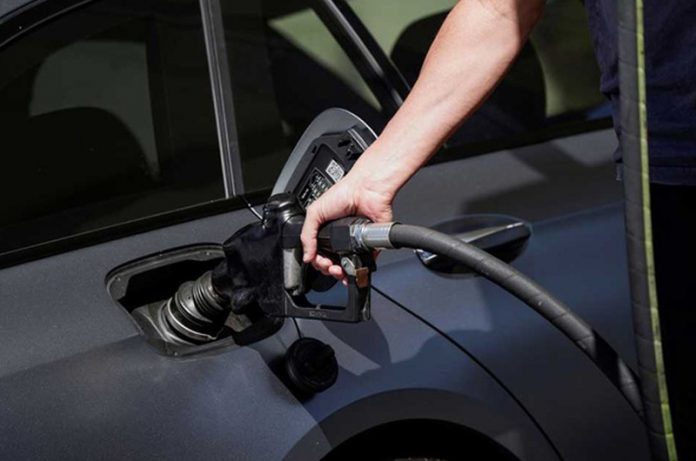 International Desk: In the United States, gasoline prices rose more than $5 per gallon on Saturday. This is the first time since 2008 that petrol prices have risen so much in the country. Which will make the inflation situation of the country more fragile.

According to AAA data, a gallon of petrol sold for 5.004 across the United States on Saturday. The previous day, this price was 4.986 dollars.

Last week, the United States had an average demand of 9.2 million barrels of gasoline per day, according to the country’s Energy Information Administration.

This high price of petrol has caused new headaches for US President Joe Biden and his party, the Democratic Party. The country is due to hold midterm elections in November. It will be difficult for the Democratic Party to maintain the narrow margin it currently has in the US Congress if it does not bring petrol prices and inflation to a moderate level.

Biden is trying in various ways to keep the price of petrol low. He has released a record amount of oil from the US Strategic Reserves. Various concessions have been made in the rules and regulations for summer oil production. He also called on OPEC members to increase production.

Oil prices have risen, not just in the United States, but around the world. Although India is not on that list, the Narendra Modi government has reduced oil prices.

There is more than one reason behind the rise in oil prices. Russia’s aggression in Ukraine has prompted the West to impose sanctions on Russia’s energy. However, Russia is one of the world’s top oil exporters. Russia’s oil supply to the world market has naturally created panic, which has led to increased demand for oil. Added to this, the refining capacity of oil decreased.

If oil prices remain above $5 per gallon for a long time, US economists expect demand to begin to decline.

Reed Lanson, a senior economist, said: “When prices are five dollars or more, we see a sharp drop in demand for petrol.”

According to the US Department of Energy, petrol prices in the United States are still about 8 percent lower than in 2008 to keep pace with inflation. In June 2008, the price of petrol rose to 5.41.

The United States is seeing the highest inflation in four decades. However, consumer spending in the country is still stable.

Consumers are still able to keep spending stable due to the Covid-19 epidemic relief program and a tight wage market, especially for low-income workers.