Headlines
Redwan Rahman graduates from FilmdomThe local government minister has instructed to cut the road if necessary to remove the waterRequest to withdraw closure shop at night till EIDThe days of the Western monolithic world are over: PutinLeaders of Germany, France, and Italy in Kyiv to express solidarity‘Presidents of two countries call and pressurized Mbappé’Two U.S. citizens are thought to be missing or taken prisoner in UkraineCOVID: The technical committee suggested lifting some restrictionsPetrol prices hit record highs in the USCanada wants a stern warning against cigarettesThe task force to protect the mountains, demanded the formation of a speedy trial tribunalDepot fire: CID tries to find the cause on CCTVRussian passports are being issued in occupied UkraineFire on Parabat Express: Railroad to Sylhet is normal after 4 hoursAnother 24 children died in Mariupol, Ukraine said
Home Sports Pollard bids farewell to international cricket
Facebook
Twitter
WhatsApp
Print 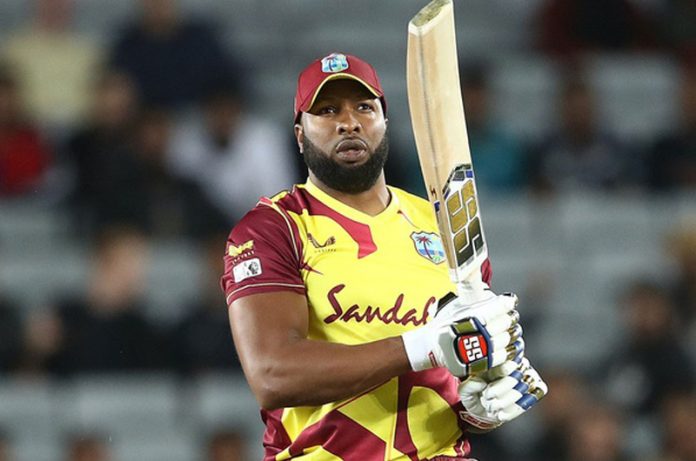 Sports Desk: In limited-overs cricket, Kieron Pollard as well as the team has not had a good time recently. There were various criticisms. Meanwhile, the West Indies ODI and T20 captain announced his retirement from international cricket in a hurry.

Pollard, 34, who is currently in India to play in the IPL, made the announcement on social media on Wednesday night. He said he made the decision after much thought.

“After careful thought, today I decided to retire from international cricket. Like many other youngsters, I have dreamed of representing the West Indies since I was 10 years old. I am proud to have represented the West Indies in T20 and ODI cricket for almost 15 years. “

“I still vividly remember my international debut in 2006 under the leadership of my childhood hero, Brian Lara. Wearing maroon jerseys and playing with the Great was something special for me. I have never taken cricket lightly, be it bowling, batting, or fielding. ”

He was dropped from the ODI squad before the tour of South Africa in December 2014. Pollard, along with Darren Sammy and Dwayne Bravo, was dropped shortly after returning from an India tour due to a dispute with the board and players’ association over pay structure.

He returned to international cricket in June 2016. He also got the leadership of ODI and T20 in 2019. Not only that, but he led India to a one-day series against Afghanistan and Ireland at home, a series against Sri Lanka at home and abroad, and a home series against England earlier this year.

However, the performance of the West Indies in the last T20 World Cup with the title of champion was awkward. Their campaign to retain the title ended with just one win in five matches in the Super Twelve. They will face Ireland in an ODI series on home soil earlier this year. After that, he went to India and got whitewashed in two editions.

Pollard has scored a total of 4 runs in the last three ODIs with the bat. Thirty-one innings in the last seven matches of the T20 is just one.

Many of the former were questioning his leadership. But he said goodbye to international cricket.

Pollard scored 2,606 runs at an average of 26 in ODIs. Century three. Medium pace, 55 wickets. 42 wickets with a little more than one and a half thousand runs at-bat in T20.

Pollard has been playing for Mumbai Indians in the IPL since 2010. The five-time champions of the tournament have yet to win after playing six matches in this year’s event.