Headlines
Redwan Rahman graduates from FilmdomThe local government minister has instructed to cut the road if necessary to remove the waterRequest to withdraw closure shop at night till EIDThe days of the Western monolithic world are over: PutinLeaders of Germany, France, and Italy in Kyiv to express solidarity‘Presidents of two countries call and pressurized Mbappé’Two U.S. citizens are thought to be missing or taken prisoner in UkraineCOVID: The technical committee suggested lifting some restrictionsPetrol prices hit record highs in the USCanada wants a stern warning against cigarettesThe task force to protect the mountains, demanded the formation of a speedy trial tribunalDepot fire: CID tries to find the cause on CCTVRussian passports are being issued in occupied UkraineFire on Parabat Express: Railroad to Sylhet is normal after 4 hoursAnother 24 children died in Mariupol, Ukraine said
Home International Prime Minister Pedro Sanchez has promised to abolish sex work in Spain
Facebook
Twitter
WhatsApp
Print 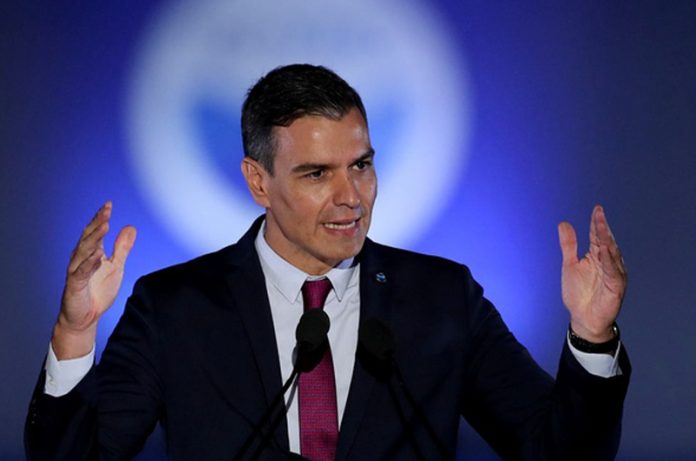 He made the pledge in a speech to supporters at the end of a three-day congress of his party, the Socialist Party, in Valencia on Sunday, the BBC reported.

Spain lifted the ban on sex work in 1995. According to the United Nations in 2016, the country’s sex sector has become a 3.7 billion euro industry.

A 2009 survey found that one out of every three Spanish men spends money on sex.

Another report published in the same year estimated that 39 percent of men spent money on sex.

A 2011 United Nations survey ranked Spain as the third largest center of the sex trade in the world, after Puerto Rico and Thailand.

The BBC reports that sex work in Spain is now uncontrolled, with no penalties for those who voluntarily take money for sex services unless it takes place in public. However, brokering between sex workers and potential buyers is illegal.

This sector has expanded in the country since the lifting of restrictions. It is estimated that about three million women work as sex workers in Spain.

In 2019, Sanchez’s party promised in an election manifesto to outlaw sex work. It was thought at the time that the promise was made to attract more women voters.

But two years after the election, no law has been enacted to fulfill that promise.

Proponents of Spain’s current system say it has brought huge benefits to women working in the business and made their lives safer.

However, over the past few years, there has been widespread concern about the possibility of trafficked women being sexually exploited. In 2016, Spanish police identified 13,000 women in an anti-trafficking operation, with a third party reporting that at least 60 percent of them were being used against their will.