Headlines
Redwan Rahman graduates from FilmdomThe local government minister has instructed to cut the road if necessary to remove the waterRequest to withdraw closure shop at night till EIDThe days of the Western monolithic world are over: PutinLeaders of Germany, France, and Italy in Kyiv to express solidarity‘Presidents of two countries call and pressurized Mbappé’Two U.S. citizens are thought to be missing or taken prisoner in UkraineCOVID: The technical committee suggested lifting some restrictionsPetrol prices hit record highs in the USCanada wants a stern warning against cigarettesThe task force to protect the mountains, demanded the formation of a speedy trial tribunalDepot fire: CID tries to find the cause on CCTVRussian passports are being issued in occupied UkraineFire on Parabat Express: Railroad to Sylhet is normal after 4 hoursAnother 24 children died in Mariupol, Ukraine said
Home Headlines Pyongyang fired 8 missiles after a US-South Korean exercise
Facebook
Twitter
WhatsApp
Print 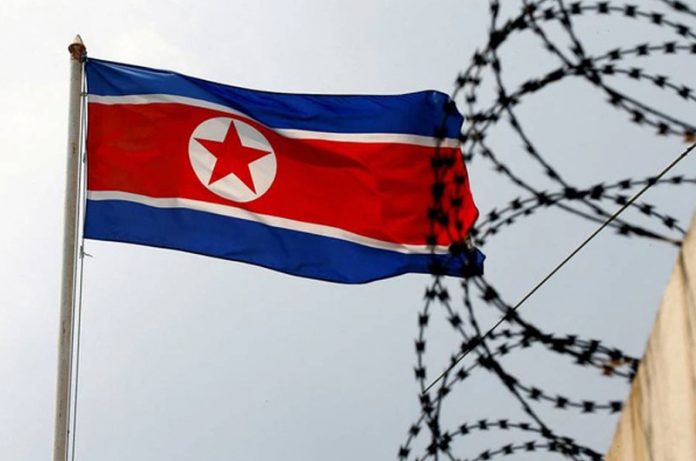 International Desk: North Korea has fired 8 short-range ballistic missiles into the sea off its east coast, according to South Korea’s Joint Chiefs of Staff.

The missiles were fired at Pyongyang on Sunday, the day after a joint US-South Korean military exercise with an aircraft carrier ended more than four years ago, Reuters reported.

The South’s Joint Chiefs of Staff said the short-range missiles were fired from Pyongyang’s Sunan area.

Analysts believe that Pyongyang fired so many missiles in a single day to convey the message about the visit of US Special Envoy for North Korea Sung Kim to Seoul, not just the US-South Korea exercise.

On Friday, Sung Kim met with South Korean and Japanese officials to signal that North Korea was preparing to conduct a nuclear test for the first time since 2017.

He said Washington had made it clear to Pyongyang that the United States was interested in diplomatic talks.

A few days ago, the United States called for more sanctions on North Korea in response to its launch of ballistic missiles. However, due to the Sino-Russian veto, their proposal was not accepted.

They also fired three missiles on May 25 after US President Joe Biden’s visit to Asia.

The first of these is believed to be their largest intercontinental ballistic missile, the Huasung-17.

South Korean officials at the time said the second missile had become ineffective in the middle, and the third was a short-range ballistic missile.

On Saturday, South Korean and US ships completed their three-day exercise near the international waters off the Japanese island of Okinawa. The USS Ronald Reagan, a 100,000-ton nuclear-powered warship, was among the other warships involved in the exercise.

South Korean President Eun Sook-yal, who came to power last month, agreed with Biden to increase the amount of bilateral military exercises with the United States to deal with North Korea.

North Korea has been critical of the joint exercises since the beginning.

The exercise is an example of the fact that the United States has a “hostile policy” towards Pyongyang, despite its diplomacy.