Headlines
Redwan Rahman graduates from FilmdomThe local government minister has instructed to cut the road if necessary to remove the waterRequest to withdraw closure shop at night till EIDThe days of the Western monolithic world are over: PutinLeaders of Germany, France, and Italy in Kyiv to express solidarity‘Presidents of two countries call and pressurized Mbappé’Two U.S. citizens are thought to be missing or taken prisoner in UkraineCOVID: The technical committee suggested lifting some restrictionsPetrol prices hit record highs in the USCanada wants a stern warning against cigarettesThe task force to protect the mountains, demanded the formation of a speedy trial tribunalDepot fire: CID tries to find the cause on CCTVRussian passports are being issued in occupied UkraineFire on Parabat Express: Railroad to Sylhet is normal after 4 hoursAnother 24 children died in Mariupol, Ukraine said
Home Technology Razor unveils new microphone for streamers
Facebook
Twitter
WhatsApp
Print 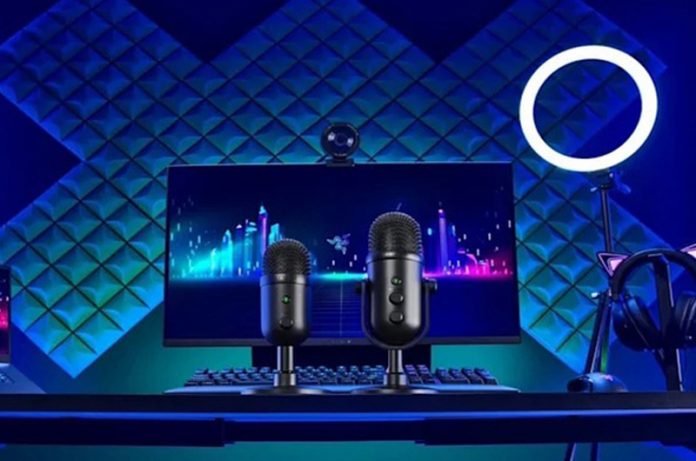 Technology Desk: Razor has introduced two new microphones for streamers. Both are newer versions of the Razor siren model. One is the Siren V2 Pro, and the other is the Siren V2X. Users just need to connect the two microphones ‘plug and play’ to the device before use.

Engadget reports that the two mics will feature a ‘high pass filter’. This will help reduce unwanted low waves. In addition, it will meet the ‘analog gain limiter’. With the help of that option, users will be able to handle voice distortion easily. No more hassle of using the microphone.

Both the mics have a headphone jack and gain dial and mute button. However, the V2 Pro model will have an additional ‘Volume Dial’. Razor claims that the mic can be fully ‘customized’ for both ‘mixing’ and ‘sound profile’.

According to Razor, the V2 Pro will be able to bring up the entire audio range in response to 20 Hz waves. On the other hand, V2X is actually a new version of the Suffolk X that came on the market in 2016. It has a 25 mm condenser mic that will hold audio in a ‘supercharged pattern’.

The sound comes from where the mic is placed on the pericardial.

This is not the first time for streamers, Razor has brought products before. Engadget reports that the company has recently introduced webcams and capture cards for new streamers. In addition, the console brings ‘entry-level’ headsets for gamers. However, the new mic is intended for both professional and amateur streamers.

The V2 Pro will cost 150. On the other hand, V2X will cost one hundred dollars.