Headlines
Redwan Rahman graduates from FilmdomThe local government minister has instructed to cut the road if necessary to remove the waterRequest to withdraw closure shop at night till EIDThe days of the Western monolithic world are over: PutinLeaders of Germany, France, and Italy in Kyiv to express solidarity‘Presidents of two countries call and pressurized Mbappé’Two U.S. citizens are thought to be missing or taken prisoner in UkraineCOVID: The technical committee suggested lifting some restrictionsPetrol prices hit record highs in the USCanada wants a stern warning against cigarettesThe task force to protect the mountains, demanded the formation of a speedy trial tribunalDepot fire: CID tries to find the cause on CCTVRussian passports are being issued in occupied UkraineFire on Parabat Express: Railroad to Sylhet is normal after 4 hoursAnother 24 children died in Mariupol, Ukraine said
Home Sports Real coach warns of ‘return to form’ Barcelona
Facebook
Twitter
WhatsApp
Print 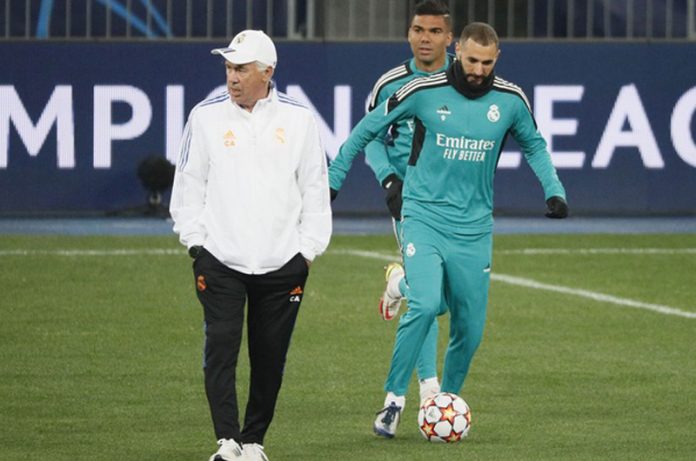 News Desk: Little by little, Barcelona is getting back to itself. Real Madrid coach Carlo Ancelotti is also wary of the opposition ahead of El Clásico. In the end, the Italian thinks that the game on the field will decide the fate of the match.

Barcelona also sent Antoine Griezmann to Atlético Madrid after losing to superstar Lionel Messi in a financial crisis. In the absence of reliable stars, Ronald Kuman’s team time is not going well at all.

Recently, however, Barcelona has indicated that it will turn around. In their last match in the Champions League, they lost to Dinamo Kiev with the only goal of Gerard Piqué. This is their first win in Europe after two consecutive defeats in the current edition. Before the Dynamo match, Barcelona won La Liga against Valencia, 3-1.

Barcelona will face Real on Sunday in the first Clasico of the season with the confidence of winning the last two matches in all competitions. Ansu Fati, who has signed a new contract with the Catalan team, will also be playing with extra inspiration.

Ancelotti expressed his thoughts at the press conference about the match at Camp Nou. Gradually, they found themselves back and warned the team about the opponent Barcelona.

“The team (Barcelona) is going through a lot of problems; Little by little, they are regaining their original form and improving. ”

Real also has no lack of confidence. They beat Shakhtar Donetsk 5-0 in the last Champions League match. And like all matches, Ancelotti thinks that playing in the Clasico is important.

“What the teams have done in the previous few matches is not important in such matches. The real thing is the field game. All matches are like that. ”

At the moment, Real Sociedad is at the top of the La Liga table with 20 points from 9 matches. Like second-placed Real, Sevilla, Atlético Madrid and Osasuna have 17 points each. Barcelona is in seventh place with 15 points.