Headlines
Redwan Rahman graduates from FilmdomThe local government minister has instructed to cut the road if necessary to remove the waterRequest to withdraw closure shop at night till EIDThe days of the Western monolithic world are over: PutinLeaders of Germany, France, and Italy in Kyiv to express solidarity‘Presidents of two countries call and pressurized Mbappé’Two U.S. citizens are thought to be missing or taken prisoner in UkraineCOVID: The technical committee suggested lifting some restrictionsPetrol prices hit record highs in the USCanada wants a stern warning against cigarettesThe task force to protect the mountains, demanded the formation of a speedy trial tribunalDepot fire: CID tries to find the cause on CCTVRussian passports are being issued in occupied UkraineFire on Parabat Express: Railroad to Sylhet is normal after 4 hoursAnother 24 children died in Mariupol, Ukraine said
Home International Record 500 million bitcoin seized in US
Facebook
Twitter
WhatsApp
Print 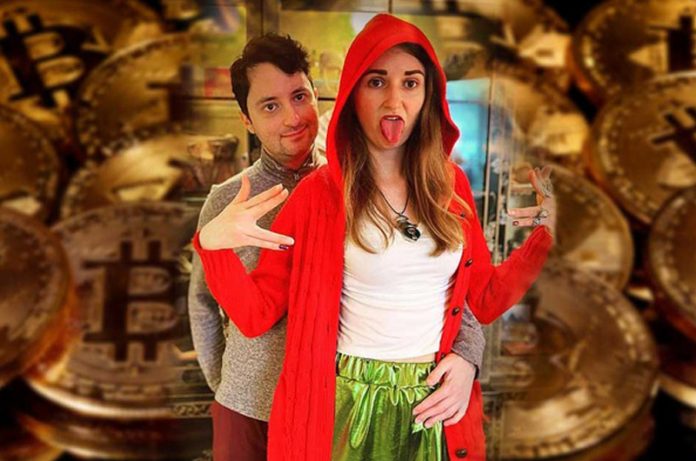 Technology Desk: The US Department of Justice has seized 500 million worth of stolen bitcoin. At the same time, two people were arrested on charges of money laundering.

U.S. authorities recovered about 120,000 bitcoins from those arrested on Tuesday. According to the BBC, the bitcoins were stolen in 2016 through a cryptocurrency exchange hacking. At that time, the market value of that one lakh 20 thousand bitcoins was seven crore 10 lakh dollars.

The two arrested were 34-year-old Elijah Lichtenstein and his wife, Heather Morgan, 31. The two were identified as U.S. citizens of Russian descent, Reuters reported.

Bitcoin prices have risen in popularity in recent years. The market value of that কোটি 71 million bitcoin is now শ 500 million. This is the largest money laundering incident in the history of the US judiciary.

Investigators in Washington DC, New York, Chicago, and Anshbach, Germany, have worked together to seize a record amount of stolen bitcoin and arrest those involved.

According to the BBC, the arrested Liechtenstein and Morgan will be charged in court with money laundering and conspiracy to defraud the United States. If convicted, both could face up to 25 years in prison.

In 2016, U.S. investigators destroyed a website called Alpha-Bay, alleging illegal transactions. After the transaction list of the site known as ‘Darkweb’s eBay’ was seized, investigators discovered that a portion of the bitcoin stolen through BitFinex hacking had been invested in the site. That’s when Liechtenstein’s account transactions with Alpha-Bay came to the attention of investigators.

According to the U.S. Department of Justice, a hacker infiltrated the Bitfinex computer system and made at least 2,000 illegal transactions, then smuggled money into a digital wallet belonging to Liechtenstein, a New York resident.

Assistant Attorney General Kenneth Polytech Jr. said after the arrest of the two suspects, “The seizure proves that the government will not allow cryptocurrency to become a safe haven for money laundering or anarchy in the country’s financial system.”

The Liechtenstein-Morgan couple are accused of smuggling 25,000 stolen bitcoins using different accounts in the last five years. The allegations further allege that they have resorted to various methods to conceal their identities in money laundering; Ever used a fake identity, ever exchanged a stolen bitcoin for a different cryptocurrency.

Liechtenstein and Morgan have tried to smuggle money through multiple cryptocurrency exchanges. The U.S. Department of Justice has said that the transactions were sometimes used as a means to pay off Morgan’s startups.

Liechtenstein did everything he could to avoid cybercrime

Morgan is a rapper by profession. He has also tried to establish himself in the world of painting, fashion designing and even writing; In this case, Morgan presented himself as a professional ‘corporate coach’.

The seizure and seizure of the digital assets took place four months after the formation of the “National Cryptocurrency Enforcement Team” under the auspices of the US Department of Justice. Last year, the group seized 2.3 million worth of cryptocurrencies. It was part of the ransomware for the ransomware attack on the colonial pipeline.

The hacking victim Bitfinex said in a statement that it had cooperated with the investigation and was “delighted” that the stolen bitcoins had been recovered.